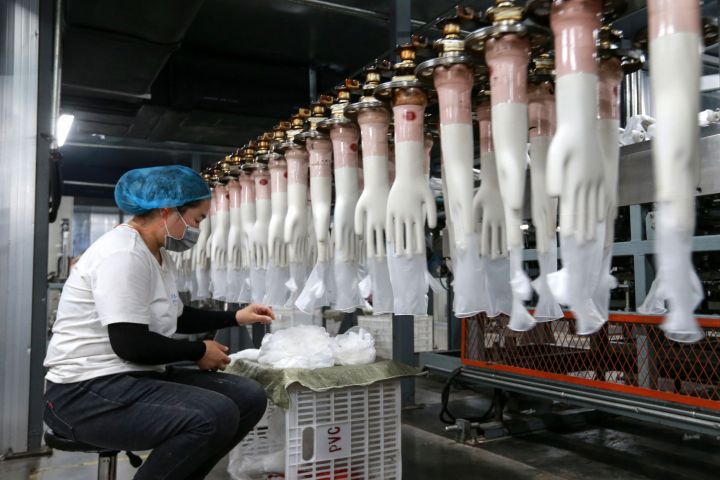 Nearly all of China’s major industrial companies have reportedly resumed production — Chinese officials put the number at over 95% of large enterprises, including in the hard-hit province of Hubei — after much of the country’s economy shut down to contain the COVID-19 virus. But back to work doesn’t mean back to normal.

Chinese officials say major enterprises in the country’s main industrial belt — the provinces of Jiangsu, Zhejiang and Guangdong — are basically fully open, but a quarter of small- and medium-sized businesses in China are still shut down.

The biggest complaints from companies are travel restrictions and mandatory 14-day self-quarantines, which prevent some of their employees from doing their jobs.

Local Communist Party officials are under immense pressure to restart economic activity and contain the coronavirus — two things that don’t always go together.

Cars and people are back on the streets of Shanghai. The parks are open and simple stuff like going to the movies or visiting a tourist hotspot is gradually being allowed again. Over the weekend, however, officials ordered them to close to prevent the risk of new infection.