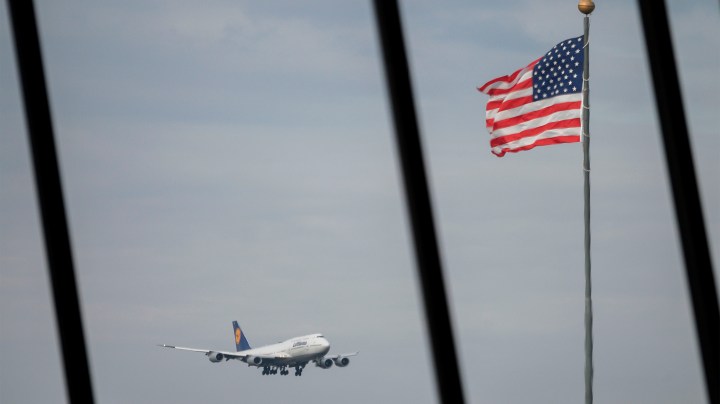 COPY
Air freight is directional. A lot more comes to the U.S. from China than the other way around. Amdrew Caballero-Reynolds/AFP via Getty Images

Air freight is directional. A lot more comes to the U.S. from China than the other way around. Amdrew Caballero-Reynolds/AFP via Getty Images
Listen Now

The price of air freight internationally is on the rise and commercial passenger airlines are trying to keep up with the demand for air freight.

“The prices have surged because the capacity on passenger airlines is no longer running,” Stallion said.

On a lot of international flights, passenger jets are carrying cargo, too. Usually, 80% of transatlantic cargo travels this way, but those passenger flights have all but evaporated. At the same time, demand has ramped up; for example, for medical supplies.

“Most of the major airlines around the globe are all offering what they call ‘mini freighters,'” Shah said.

Loading up passenger planes with cargo is not an easy thing to do, physically or economically. Samuel Engel, senior vice president at ICF in the aviation consulting group, described air freight as “directional.” There’s a lot more air freight that comes into the U.S. from China, for example, than the other way around.

“What you’re asking is to use half of the plane, largely in one direction, to cover the costs or profit that would have been covered by the whole plane in both directions,” Engel said. “That’s a tall ask.”

For now, though, prices are high enough for that to work.