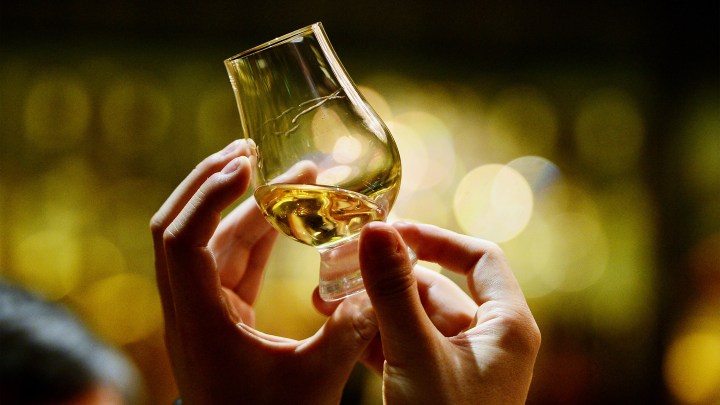 It’s an ill wind that blows nobody any good, or in the Scottish version of that proverb: It’s an ill wind blaws naebody gude. Take the tariffs that President Donald Trump has threatened to slap on European whisky makers — among many other businesses — in the row over subsidies for the plane-maker Airbus. Scotch and Irish whiskies have been targeted.

But not English whisky. And that could help this rather obscure product break into the U.S. marketplace.

Nestled in the Norfolk countryside, St. George’s Distillery, named after England’s patron saint, was the only whisky-making plant in England when it was built in 2006. While the industry flourished in Scotland, it had died out south of the border more than 100 years ago. Andrew Nelstrop’s family chose to locate the distillery amid the finest barley-growing land in the country, directly on top of a huge aquifer supplying water, which Nelstrop describes as “crystal clear. Absolutely beautiful.” Even more important, he said, the casks are stored in warehouses in wide-open countryside.

“If you look through this back window where the warehouses are, you can’t see another building. It’s just meadows rivers, plains and trees as far as the eyes can see,” he told Marketplace on a recent tour of the distillery.  “This rural location is really important. It’s about the casks breathing clean country air as they mature that makes the big difference.”

His English Whisky Co. is a success — so much so that 13 rival firms have now set up whisky distilleries across England. Nelstrop is exporting his products through his website to a range of countries, like Germany, Sweden, Malaysia and Australia, but he is particularly keen to break into the richest market of all — the United States. He’s chosen an interesting time to embark on an American sales drive. If Trump slaps his tariffs on Scotch and Irish whiskies, that could be a bit of a boost for The English Whisky Co. That could give Nelstrop a price advantage or at least mean that his entry into the American market isn’t hampered by the tariff.

“Yes, in theory,” Nelstrop admitted. “It should be good for us.”

His whisky isn’t cheap. It will sell in the United States for around $55 a bottle, more expensive than entry-level scotch. But price is not the only disadvantage that English whisky has compared with its vastly better-known Scottish counterpart.

“People have this romantic idea about Scotland and the Highlands, that picture of a Scottish glen and a loch,” Davies said. “I think that helps that Scottish image worldwide. England doesn’t quite have that romance.”

Or volume when it comes to whisky. Scotland exports 137 million bottles of scotch a year to the United States alone while St. George’s Distillery makes 160,000 bottles per annum in total.

English whisky is surely never going to challenge the dominance of scotch.

“You never know,” Davies said. “Let’s take English sparkling wine. Could it ever challenge champagne? Potentially. You know, the quality is there. It doesn’t have the history, but sales are growing and more people are getting to know about it.”

At St. George’s Distillery in Norfolk, there are regular tours for people who want to find out more about English whisky. The tour culminates in a tasting.

“Go on have a go!” the tour guide urged a small group on a recent visit. “Don’t drink it all. Or spill it!”

And the verdict from these visitors, John Burrel and David and Adam Smith, was positive.

“Absolutely lovely! It explodes around the mouth.”

“Very tasty. It’s a lot smoother, it’s a lot nicer than scotch. I much prefer it to scotch.”

But these are patriotic English drinkers. We’ll soon find out whether English whisky appeals to the impartial American palate.