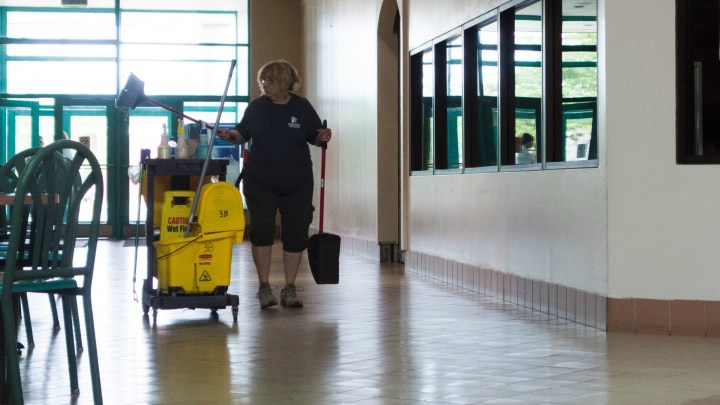 COPY
A janitor does some cleaning at the Columbia Mall on July 24, 2017 in Bloomsburg, Pennsylvania. DON EMMERT/AFP/Getty Images

A janitor does some cleaning at the Columbia Mall on July 24, 2017 in Bloomsburg, Pennsylvania. DON EMMERT/AFP/Getty Images
Listen Now

American workers lose billions of dollars to wage theft each year — as much as $50 billion in 2016, according to research from the Economic Policy Institute.

In another study, the progressive think-tank found that, in the 10 biggest states, 17% of low-wage workers experience wage theft each year.

Despite its prevalence, wage theft is difficult to investigate and often affects low-wage workers who have few resources to go after their money.

In Houston, one advocacy group is helping immigrant workers get back their unpaid wages. But it’s not an easy process.

Even workers with an official ruling in their favor can wait months, or years, to be compensated. Some may never see a dime of the thousands of dollars owed to them, even after months of trying.