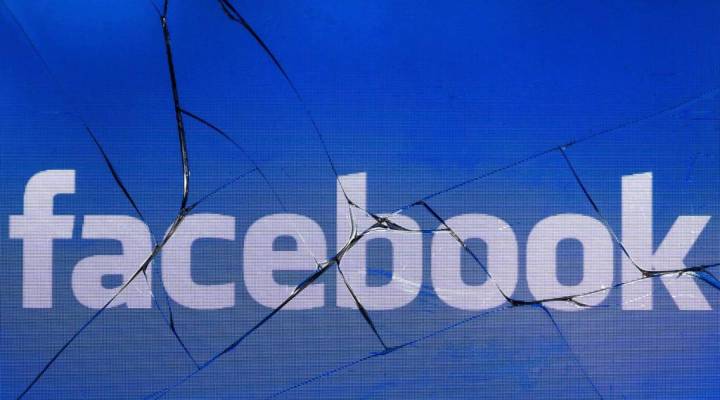 Despite the privacy scandals, the federal investigations and the accusations of destroying democracy, this week Facebook reported its advertising revenue and global users are growing. In this week’s Quality Assurance, we take a deeper dive into why. In its early years, Facebook prioritized growth over everything else. Nearly every crisis Facebook now faces stems from that, says Nicholas Thompson, editor-in-chief of Wired. He’s an author on the magazine’s latest cover story, a behind-the-scenes look at the troubled company. He said Facebook’s business remains solid for several reasons. The following is an edited transcript of their conversation.

Nicholas Thompson: No. 1, the advertising business model they came up with is one of the greatest ever, and it doesn’t require lots of changes. They just built an amazing business model, and the marginal costs of bringing in new advertisers are very low. Secondly, one of the smartest business decisions that Mark Zuckerberg ever made was to buy Instagram. People don’t really understand that Instagram is owned by Facebook, or if they distrust Facebook, they don’t distrust Instagram, so Instagram continues to grow. They make lots of money off of core Facebook. They have lots of user growth on Instagram and WhatsApp, and the business is doing great.

Jack Stewart: You would think at some point that maybe advertisers would start to push back. If Facebook’s reputation has really taken this really huge dent that it appears it has, why do people want to advertise with it?

Thompson: Because the advertising continues to work. If at some point people have an icky feeling when they use Facebook and therefore the ads are less effective, then advertisers will leave. But at this moment, Facebook allows you to very specifically target specific users in ways that you cannot on other platforms, and for lots of advertisers, that’s just a deal that’s too good to pass up.

Stewart: Facebook is anticipating up to a $5 billion fine from the Federal Trade Commission. We heard that this week, about how it’s handled some of these privacy issues. Will they even feel that is the question. They have so much cash on hand. Is it a big deal?

Thompson: No. Facebook put out in their earnings call. They said that they anticipate a $3 billion to $5 billion fine. I don’t know whether that’s because those are the numbers the FTC has been talking about with them or if Facebook is just trying to set expectations as a negotiating tactic. I would not rule out the possibility that Facebook is hit with a $10 billion fine or a $20 billion fine. Regardless, to your question, even if it is at the higher end, whether it’s 5 or 10 or 20, it’s tiny. Their market cap is up, I believe, $40 billion as we talk this morning. It’s not a huge hit to them. Obviously, they would rather have $5 billion than not have $5 billion, but they will be fine regardless of what this number comes out at. The thing they really worry about is antitrust. If there is antitrust regulation and it comes down hard on them, that is a serious problem and that would make the market drop dramatically.

Stewart: What are the stakes for Facebook’s leadership around all of these scandals, the fake news, the offensive content, the privacy? You detail that they’ve got something like 30,000 moderators now. Does that mean they’re actually taking this seriously as a business risk?

Thompson: Yes, absolutely, Facebook is taking it very seriously as a business risk. There are two really interesting questions in there. No. 1 is: Do they take this seriously as a business risk? Absolutely. Are they committed to trying to counter fake news and all of the manipulation on the platform? Absolutely. What are the stakes to their business? They are a very high. If scandal continues to multiply, there could be real consequences down the road. What are the stakes specifically to top management, meaning Mark Zuckerberg and Sheryl Sandberg, the two people who we most associate with the company? For Zuckerberg, he’s going to run the company as long as he wants to. He has voting control of the shares. He’s appointed his friends as board members. He is in a good position. Whenever he wants to go and run the Chan Zuckerberg Initiative or just go be an intellectual thought leader or do Bill Gates-type things, he will go choose to do that. For Sandberg, it’s tougher. There were moments in the last year where it seemed like she might be sacrificed or where she might be in big trouble. Zuckerberg has expressed his loyalty to her. But as the scandals multiplied and as they started to touch her in a way they never had before, it seemed as though her position was at risk. It is also certainly the case that the public reputation of both of them has dropped. A year ago, we were talking about each of them as potential presidential candidates. Now there’s not a chance.

Stewart: What about the morale in the wider company in the wake of all of this? Do you get the feeling from the people you’ve been talking to and your reporting that employees are fairly satisfied there? I’m laughing even as I say that. Or is there a whole lot of internal chaos at this company?

Thompson: There is a lot more employee dissatisfaction than there was two years ago. There are lots of employees who I talk to there who say, “Oh, this place is great. It’s cool. The media hates us, but that’s not my problem. I’m happy.” And there are a bunch of other people who say, “We deserve a lot of the hatred. We made a lot of mistakes. We trampled on people’s privacy, and I regret all that we’ve done.” I talk to a lot of people who are thinking about going to work there, and it doesn’t have the halo that it did two years ago. They still pay you well. The fact that the stock continues to go up is great, particularly for people who have options. But it is a less exciting place to work, and that is one of the true risks for the company and one of the most adverse effects of the last two years for Facebook.

Stewart: Did any part in this reporting, particularly given time you’ve spent on Facebook directly now, did anything really surprise you?

Thompson: There was one specific story that stunned me, and that was the circumstances that led to the departure of the two founders of Instagram, Kevin Systrom and Mike Krieger. When Fred Vogelstein and I started reporting the story, we made a list of the mysteries we wanted to solve and that was at the very top. Why had they left? It seemed strange. They had left all of a sudden in September. No one knew why. Late in the reporting, months into reporting the story, we finally learned the full story, and that is that, according to people close to them, they had grown frustrated with Zuckerberg’s increased meddling. They didn’t like the idea that Instagram was going be further merged with WhatsApp and with Facebook. There was real tension over Instagram’s growth. There was a sense among some people at Facebook that Instagram’s growth was coming at the expense of core Facebook. And that led to all kinds of tensions and then a big fight at the end of July and a moment where Mark Zuckerberg, according to people observing all of this, asked one of his deputies to draw up a list of all the ways that Facebook supported Instagram, the way it drove users towards Instagram. Then he gave the list to Kevin Systrom and said, “We’re getting rid of all of these.” According to people familiar with the story, Systrom reacted quite badly to that and then went on paternity leave, came back and said, “I’m done here.” The biggest surprise to us was that the departure of Systrom and Krieger, which hadn’t come out before, was much tenser, much tenser than I had believed when I began reporting this story.

The New York Times has a good explainer on why both Facebook and the FTC would be happy with a chunky fine. One gets to look strong, the other looks accountable, but really, nothing much changes.

European regulators have been tougher on tech companies. Google, Facebook and Twitter have to do more to tackle fake news to satisfy them, and they want to see progress ahead of European Union elections next month, according to Reuters.

Canada’s getting in on the action, too. According to the Canadian Broadcasting  Corp. this week, privacy regulators there say Facebook broke several laws over unauthorized data access, and they plan to take the company to court.

If you enjoyed Mark Zuckerberg’s testimony in front of Congress here in the United States, with his zinging comebacks like “Senator, we run ads,” then maybe you’ll enjoy hearing more directly from Zuckerberg himself. Facebook was accused of not being open enough. I’m not really sure how deep into the heads of tech entrepreneurs you want to get, but Zuckerberg has a podcast now. I’m not suggesting you listen, I’m just giving you the information. It’s called “Tech and Society with Mark Zuckerberg.”