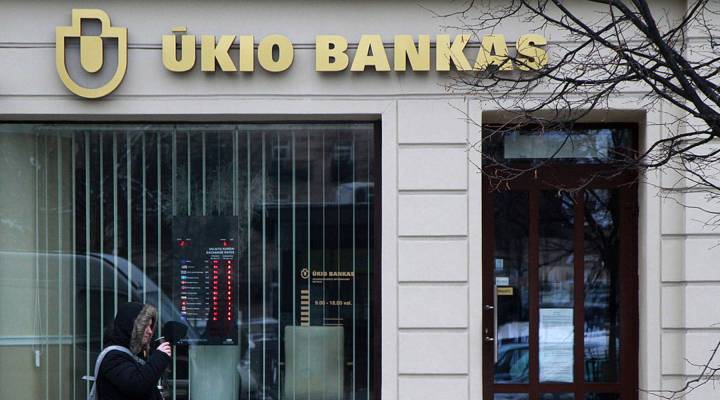 An alleged money laundering scheme that moved billions of dollars from Russia into the West through shell companies is now mushrooming to implicate banks in Western Europe, including Denmark and Austria. The Organized Crime and Corruption Reporting Project says that the Troika Laundromat was a system that allowed Russian oligarchs and politicians to hide dirty money through complex banking transactions. Drew Sullivan, the editor and co-founder of the OCCRP, spoke to host Sabri Ben-Achour on how the laundering works and why it’s important. The following is an edited transcript of their conversation.

Sabri Ben-Achour: Can you describe for us this system that you call the Troika Laundromat?

Drew Sullivan: So what this really was is, this was a network of offshore companies that were set up by this Russian investment bank called Troika Dialog. And on the surface they looked like just these individual offshore companies set up in these various remote jurisdictions, but actually they were a network of companies that were working together under the direction of Troika Dialog employees, basically serving as kind of an offshore financial vehicle to do all sorts of things, such as money laundering or tax evasion or hiding assets, moving money out of Russia into the West.

Sullivan: So all different types of money. I mean, some of this was money that was clearly coming from corrupt practices. There was a famous fuel fraud that one of the major airports in Moscow where they inflated the price of fuel. Often these types of systems are used for embezzlement from either private businesses or state businesses or evasion of taxes on a state business.

Ben-Achour: Can you break down for us how some of this money was actually laundered? Like how are these transactions done?

Sullivan: If you were a client of Troika Dialog and let’s say you’ve decided to steal money from your organization. So you will sign a fake contract that says I’m hiring a BVI, a British Virgin Islands offshore company, to do an analysis of our taxes, and then you would pay that company the money you want to steal. So maybe, you know, let’s say $10 million, and then that money would go to this offshore company, which also would be actually part of the Troika Dialog, and then the Troika Dialog would then send that money around to a series of other network nodes, and they would basically create fake paperwork. This is for buying computers or this is for buying tennis shoes, and then each time they’d split the money up into different pots so that it was all commingled with other people’s money. And then out the other end from one of the nodes, the money would come back to you in your own offshore account. And then it would be again papered with another fake transaction — buying steel, maybe — and then you’d get the money into your account. So that’s why you would see these various people that were involved in the money in this whole process would one day be trading steal one day, would be trading flowers, the next day they’d be trading pharmaceuticals. So the paperwork was all faked, but it was all designed to kind of hide what these transactions were really doing, which was just basically hiding them in a series of transactions that could never be followed, unless, of course, somebody gets the all the banking data, like we did.

Ben-Achour: Well yeah, I was going to ask, I mean, how on earth did you uncover all of this?

Sullivan: So the key to this is getting banking data. You have to kind of know first of all these organizations are connected. And we got very lucky because Troika Dialog spent money on the formation of all these companies through the same formation agent in Ireland. So we were able to get the transactions where they were saying, “Hey, please set up this company for me.” And they were doing this through a bank, an offshore bank in Lithuania called Ukio, and Ukio was kind of the bank that didn’t look too closely at what transactions were happening. So they bought this whole network through Ukio bank through transactions there. So we were able to identify 72 of these companies that Troika Dialog bought, but we were only able to get banking at about 35 of them. So it’s very possible that there are many more nodes to this laundromat. It’s possible this laundromat, we know is working with other laundromats, and there may be a lot more bank accounts. So we’re only seeing really a portion of it. But within that portion, there were bribes to Putin and all sorts of interesting things.

Ben-Achour: This is, of course, centered in Russia creeping out into Western Europe. Is there reason for us here in the U.S. observers here to be concerned?

Sullivan: Of course, the problem with this is, you know, this is a system not only that people are stealing money, but this is also the system in which money is moved to the West by sovereign nations such as Russia. And so, this is untraceable Russian money that ends up in the West. And we know that recently in the elections and other places, the Russians played a big role. They had a lot of trolls and other people working for them. That all has to get paid somehow. We know that organizations that are political parties in Europe, that are nationalist or extremist or racist, are often funded with this kind of money. So this is really how that opaque power gets into our system, and it’s opaque money that is representing opaque power.