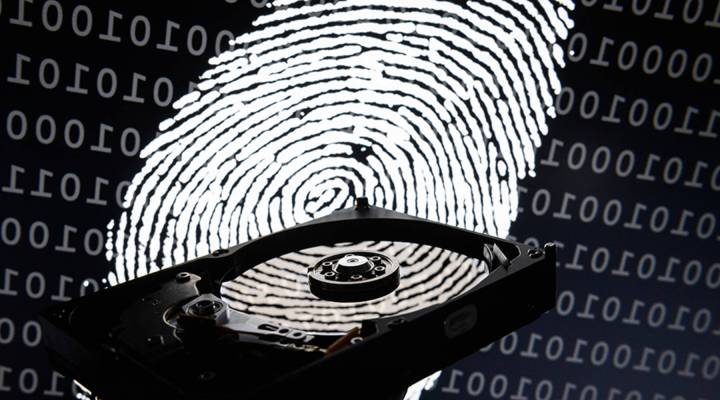 When it comes to tech, investors and entrepreneurs mostly talk about what it can do instead of what it should do. For example, should health and wellness apps funnel detailed personal information about their users directly to Facebook without people knowing or giving permission? The Wall Street Journal reported that, and it’s only the most recent example of tech companies doing something that makes you think: “Didn’t anyone ever ask if this might be a bad idea?” Caterina Fake is the co-founder of Flickr, a venture capitalist and host of the new podcast “Should This Exist?” She told Marketplace Tech host Molly Wood that investors like her are starting to ask those questions. But only a few of them, and it’s a slow change. The following is an edited transcript of their conversation.

Caterina Fake: I do think that one of the things that we’re hoping to achieve with this podcast is that this becomes part of the general conversation.

Molly Wood: How are these entrepreneurs and CEOs, the people that you’re talking to, responding to these questions? Is there any defensiveness or surprise?

Fake: I don’t think that the entrepreneurs who are coming on to the show are resisting in any way. I actually think this conversation is being welcomed. Pretty much every single entrepreneur who’s joined us so far on the show has said, “Oh, that is such a good question. I am so glad I’m having the opportunity to think about things this way. I haven’t been asked these questions.”

Wood: Do you think it’s a problem that they’ve never been asked these questions before?

Fake: Yes, I do. And I really think it’s a question that we should not only be asking ourselves as technologists and as people that are building it, but ourselves as consumers. Is this a platform that I really want to participate in? Is this a tool that I want to introduce into my home?

Wood: At some point, where will that tension start to land? How far are you willing to go as a funder, as a venture capitalist? If somebody brought you CRISPR or Facebook and you were able to do that scenario planning, are you really going to say “no, thanks” to this return?

Fake: I had this conversation recently with another investor, which I thought was very significant. He had an opportunity to invest in Juul, the e-cigarettes. It was pitched to him as a smoking-cessation product, of course, obfuscating, frankly, how much nicotine was in it. And it has created millions and millions of new smokers, mostly teenagers. And he turned it down. He said, “I’d never put a price on my ethics before. But I now know that if I had put in money at that time, it would now be worth about $25 million to $30 million. And it’s nice to know how much your ethics are worth.”

Wood: Do you think that, as you continue to ask these questions, you might be able to make a business case for better decisions from the investor perspective? For example, sure, short term you might make $30 million on Juul, but they might be regulated out of existence. Or do you think there are just always going to be investors who say, “No, the return matters more”?

Fake: I do think you can make an argument for both sides. I never underestimate the greed of humankind. But I do also believe that the best thing that could happen is that consumers be empowered to make decisions about those things. I recently talked about this as if they’re the Bond villain on a Swiss mountaintop doing their evil deeds. But what you want, in that case, is for the villagers to rise up with their pitchforks. We’re seeing this happening all over. We’re seeing this happen even in the case of employees at different companies.

Axios had a good piece yesterday about genetic testing and privacy. It reminds us that FamilyTreeDNA, a popular home DNA testing service shared customer data with the FBI to help solve violent crimes but didn’t tell its users, even though FamilyTreeDNA has marketed itself as a privacy-minded company that doesn’t sell user information to third parties.

I noticed in reading the Axios piece and a Wall Street Journal story about apps sharing data with Facebook that the fitness app Lose It! was one of the apps that was sending specific information to Facebook — things like how much people weigh, when they lost or gained weight, what they were eating, whether they manually entered how many calories they burned having sex — all of it. And Lose It! was also mentioned in the Axios story about how it integrates genetic testing information into its weight-loss product, which makes me wonder if, by the transitive properties of super sloppy and constant information oversharing, Facebook now also has the genetic information of some poor people who were just trying to lose weight. I reached out to Lose It! to ask if that information is being shared with Facebook, and they wrote back basically immediately and said it was not possible that any genetic information was shared with Facebook. But you can see the rabbit hole of fear that gets created here that is indeed bad for business.

And if you, like me, did your DNA test back in more innocent times, Consumer Reports has an article from late last month on how to delete it, or at least how to try. Love to hear what you think about genetic testing and oversharing. Our email address is mptech@marketplace.org.