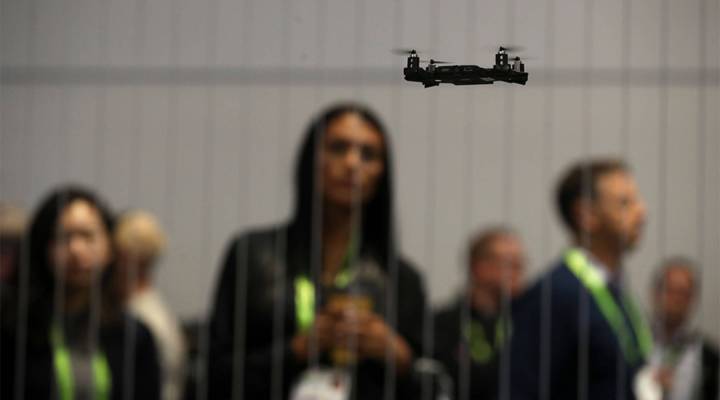 Heather Kelly: Last year, they had a ton of criticism for the all-male lineup, and they did something. They went and they got some big amazing women to be speakers. And they’ve tried to cut down on booth babes before; the rules are a little fuzzy. I feel like there’s been a decline. But on the sex toy issue, it was just them digging themselves deeper and deeper. And they didn’t just take back this award they gave them, they also wouldn’t let them exhibit at the show anymore. And it created a much bigger problem than just quietly letting it be out there might have done.

Molly Wood: What responsibility do you think big conferences like this have to set the tone?

Kelly: I mean, they have a huge responsibility. It’s not just to say, “Hey, we have rules for the kind of exhibits you’re going to have and whether or not there are booth babes,” but also codes of conduct for the people there to help women in case there’s harassment, how do they report it. I believe CES does have a code of conduct now; they didn’t always. But I don’t know how much any of these things are enforced. I will say one thing about the booth babes, I noticed this year there were also a lot of booth bros. I don’t know if people were being ironic or what, but they had like young men dressed up in kind of fun outfits. A lot of them were at the fitness startups. But there’s an event called Pepcom, which is football themed, and they always have these cheerleaders, and this year they had guys in football outfits handing out footballs. I wouldn’t really call that a move in the right direction, but it is an interesting shift, for sure. But I think CTA and CES itself still have a lot to do to come in and help women feel more safe and accepted at the conference.

Wood: How important is this? If you’re going to showcase four female CEOs in tech companies, how important is it for a conference like this to say, “Future female CEOs, we want you to feel comfortable everywhere you go at our event”?

Kelly: I mean, it’s also like we want to help you become CEOs. So much networking goes down at CES. People go there and they get jobs. And if women don’t even feel comfortable kind of in the early parts of their career at these places, it’s going to make it difficult to move up and be the next CEO of IBM. It’s huge. It’s the largest technology show in the world. It’s 180,000, I believe, attendees. They have a big responsibility to a big and growing industry.

We asked the CTA for comment. It sent a link to its code of conduct and said the sex toy just didn’t fit into any of its existing tech categories.

Molly had more to say about the gender bias she saw at CES this year. Here’s a blog post she wrote for Marketplace: “At my 18th CES tech show, I felt unwelcome.”