Fans of the hit TV show “Friends” were relieved last week to see the sitcom’s 236 episodes will continue streaming on Netflix through 2019. This was made possible by the behemoth of a streaming deal between Netflix and WarnerMedia, which cost the former $80 million to $100 million, according to some reports, to continue licensing the show for 2019. However, some media sources are saying the deal could continue for multiple years after that.

Netflix has licensed “Friends” exclusively since 2015, but the new agreement will remove the exclusive part, allowing WarnerMedia to broadcast the show when the movie and TV company launches its own streaming service next year.

It’s now been more than 14 years since the show’s last air date, but the series is still raking in the dough. That got us to thinking: Just how long has “Friends” been a major moneymaker? So, let’s do the numbers on one of the most successful sitcoms of all time.

A hit from the start

We all know the scene well. It’s Manhattan in the mid-1990s at a cozy coffee shop called Central Perk.

From there — and from the apartments above it — we watch six friends live through their mid-20s together. From going on lots of dates, to making tough career choices, to dealing with typical family issues, we experienced the lives of Rachel, Ross, Chandler, Monica, Phoebe and Joey, laughing — and sometimes crying — along the way.

The first episode of the show premiered on Sept. 22, 1994, and was seen by nearly 22 million people. The initial seven-page pitch for the show, which was created less than a year earlier, named the series “Insomnia Cafe.” The title evolved to “Six of One,” then “Friends Like Us,” and eventually to the name we all know and love today: “Friends.”

Each cast member was paid $22,500 per episode in the first season. However, those numbers would grow significantly as the show went on.

The making of a legacy

“Friends” was a hit from the start, but it gained in popularity over the years — with the exception of a slight slump in the ratings around seasons five to seven.

From the first season to the last, the show and its cast and crew were nominated and won several awards, including 62 Primetime Emmy nominations with six wins and 10 Golden Globe Award nominations with one win.

In 2002 at the end of season eight, all six cast members banded together to negotiate a salary of $1 million each per episode for season nine. At the time, this was the biggest deal ever made for a 30-minute television show. Many thought that season nine would conclude the series, but it was renewed for one more season after that and the cast members kept their record-breaking salaries.

Negotiating as a team wasn’t a new concept for Jennifer Aniston, Courteney Cox, Lisa Kudrow, Matt LeBlanc, Matthew Perry and David Schwimmer. Knowing that there was strength in numbers, the group created a mini-union after season two, insisting they were all paid the same amount. This union lasted all the way through until series end.

All good things must come to an end … or maybe not?

The cast’s per episode paycheck wasn’t the only dough they were receiving from the show. After season six was over and it was back to the negotiation table, they all started receiving a portion of the show’s syndication profits.

Today, all six of them still receive 2 percent of syndication income, or $20 million each per year, since the show still brings in $1 billion annually for Warner Brothers. Plus, now that the Netflix deal is going through, Aniston, Cox, Kudrow, LeBlanc, Perry and Schwimmer can expect to see even more on their checks from Warner.

So, with all of this renewed hype around “Friends,” can fans expect to see a reboot anytime soon? According to Aniston, we may be waiting quite a while for that to happen. 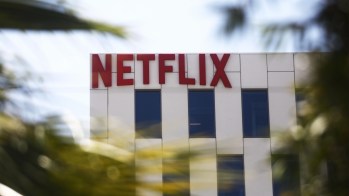