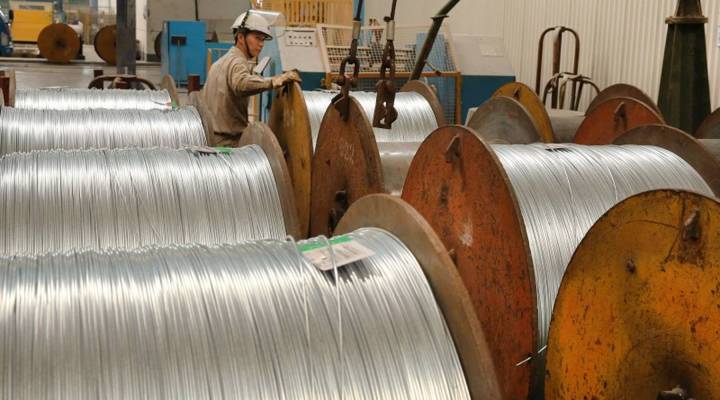 Presentation slides included in documents released to Marketplace under a Freedom of Information Act request offer a window into the Trump administration’s process for evaluating applications by companies seeking waivers from steel and aluminum tariffs. Companies interviewed by Marketplace over the past few months have expressed frustration at that process.

The presentation slides were part of a training program for employees involved in the Section 232 exemption process. The presentation included slides with titles such as “What Is a Section 232 Investigation?” and “Exactly What Is Meant by Steel Mill Products?”

Ronnie Smith, vice president of operations at McMahon Steel Co. in Houston, has been on the receiving end of the evaluation process shown in the presentation slides. He submitted over a dozen exclusion requests to the Department of Commerce in June because he says certain products that McMahon buys are unavailable domestically. Some of his request were initially denied by the Department of Commerce.

Based on the presentation slides, Smith said he’s not convinced the people evaluating his requests were prepared to do so.

“I’m a guy who’s been [in the steel business] for over 30 years,” he told Marketplace host Kai Ryssdal, “and, you know, I still don’t know everything obviously about metallurgy, the metals markets, harmonized tariff codes and things like that … it’s hard to envision that somebody would be able to gain enough knowledge from a PowerPoint presentation to make these kind of determinations.”

A Department of Commerce spokesperson told Marketplace that the average time taken to review one of these requests varies, but likely takes three to four months or longer if an objection is filed. Smith has refiled his original requests, but he’s loosing business while they’re pending in the Department of Commerce.