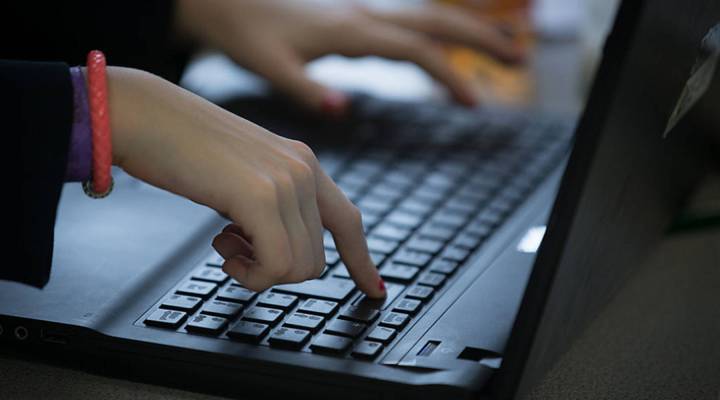 Searching the web is one of the most revealing things you can do. It shows what you’re looking to buy, where you want to go and if you’re worried about a weird rash. When you search Google, those searches help power its huge digital advertising networks, which is why you might see skin cream ads for that rash days later on a totally different website. But do people know how much information they’re giving up? And do they care? Recently, a privacy-oriented search engine called DuckDuckGo raised $10 million from a Canadian pension fund. It’s trying to establish itself as the anti-Google.

“So it’s like Google, except when you search on it, you’re completely anonymous,” said Gabriel Weinberg, CEO of the company.

The searches are encrypted. The site knows where you are, but only while you’re searching, and it doesn’t store your personal information.

“We serve you the search results and we throw away your personal information … so your IP address and things like that. And we don’t actually store any cookies by default. And so when you search on DuckDuckGo, it’s like every time you’re a new user and we know nothing about you,” Weinberg said.

A screenshot from the DuckDuckGo search engine.

There are a handful of other private search engines, but DuckDuckGo is the biggest. It’s been profitable since 2014, but the $10 million it just raised is what Google makes in a few minutes. And then there’s the question of whether people even want to use a more private search engine.

“The reality is that people talk a big game here when it comes to privacy, but they don’t actually do very much,” said Paul Kedrosky, a venture capitalist at SK Ventures. “People don’t use encrypted email, but they tell you their email privacy is hugely important. People don’t use virtual private networks, and yet they’ll tell you that it’s hugely important that no one can monitor their network traffic. So people are, you know, hugely amusing on this topic but are not to be paid attention to.”

The reason services are free is because of ads, ads that are more valuable when companies know something about you. Take that away and, Kedrosky said, “that means the likelihood of that service continuing to exist goes down, or horror of horrors, you might actually have to pay for it.”

But perhaps privacy isn’t dead after all. Weinberg of DuckDuckGo said about a quarter of Americans have taken some action to protect their privacy, and DuckDuckGo searches have been growing about 50 percent a year. Meanwhile, venture capital tracker Pitchbook says privacy-related companies have raised $506 million in 2018 so far, more than triple what was raised five years ago.