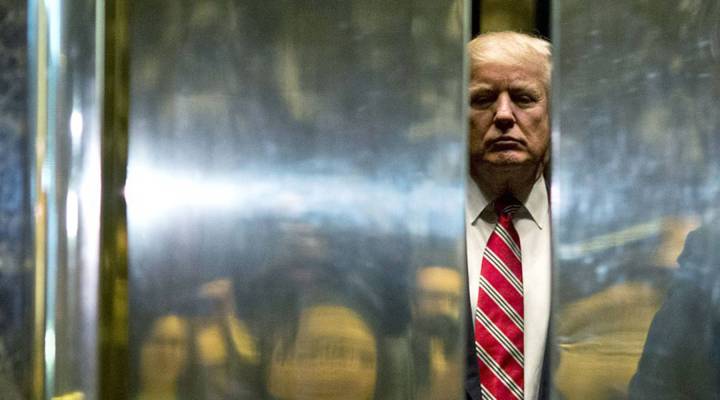 Michael Moore’s latest documentary, “Fahrenheit 11/9” opened over the weekend at about 1,700 theaters nationwide. The film, chronicling the rise of President Donald Trump, brought in $3.1 million at the box office, far below expectations.

It was an unusually wide release for a documentary, suggesting hopes for a hit much like Moore’s 2004 “Fahrenheit 9/11,” a scathing take on the George W. Bush administration after the Sept. 11 attacks in 2001. It was viewed as a game changer.

“No one expected this Michael Moore documentary to gross $222 million worldwide,” said Jason Squire, editor of “The Movie Business Book.” “Fahrenheit 9/11” remains the most successful political documentary in history, made on a budget of just $6 million. Since then, added Squire, “documentaries have exploded in the last 10, 15 years.”

Only some of those films are about politics, and those that are mostly tilt toward the left. But conservatives are also finding an audience. The 2012 film, “2016: Obama’s America,” based on a book by conservative writer Dinesh D’Souza, is second to “Fahrenheit 9/11” as far as profits go. D’Souza’s most recent work, the pro-Trump documentary “Death of a Nation,” was released nationwide this summer, and like Moore’s latest offering, didn’t do nearly as well as his 2012 release.

Some films become political by accident. Take “RBG,” the story of U.S. Supreme Court Justice Ruth Bader Ginsburg. It was directed and produced by Julie Cohen and Betsy West, who insist they didn’t set out to make a political film.

“We began the film in early 2015, which was long before the [2016] presidential election, and really it was not something that was on our mind at all,” West said.

But by May of this year when “RBG” was released, Trump was president and things changed.

“The political landscape, #MeToo, Time’s Up — all of those events make Ruth Bader Ginsburg’s life story that much more interesting to people,” West explained.

The movie grossed $14 million at the box office and made Ginsburg a kind of cult figure. A big budget feature based on her life is headed into theaters on Christmas Day.

“If I’m a producer in today’s world, a politically charged documentary or movie or TV show or book is much more interesting and much more financially viable in terms of being able to either turn a profit or draw a large audience than ever before,” said Paul Degarabedian, a senior media analyst at comScore, which tracks audience data.

On the small screen, Candice Bergen is reviving her 1990s role as TV news anchor Murphy Brown. CBS has bet big on the sitcom and its baby boomer cast, with the show debuting this week.

There’s more where all of this came from. As they say in Hollywood, you need conflict to tell a good story, and in politics, there’s plenty of that.

In the market for some political entertainment? Here’s a list of some of the most popular documentaries and movies based on box office numbers.

“Fahrenheit 9/11”
Who’s involved? Michael Moore
Released: 2004
U.S. box office: $119 million
Best known for: The footage of President George W. Bush reading “The Pet Goat” to a group of children as the White House chief of staff informs him that a second plane hit the twin towers.