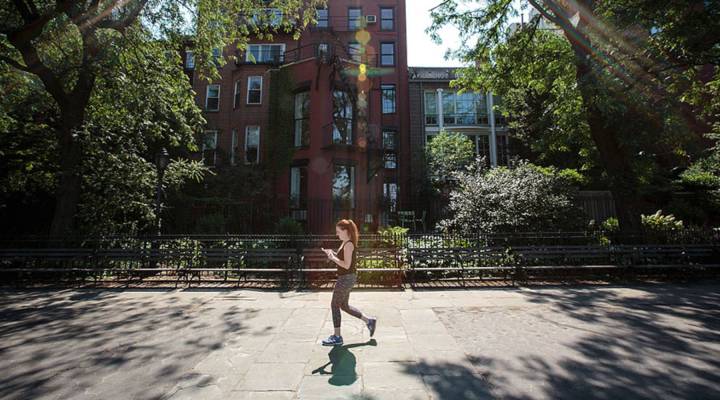 Insurance is, as the tech industry likes to say, ripe for disruption. It’s old, inefficient and not consumer-friendly. But can a startup with no experience really be a better option? Lemonade Insurance Company lets you buy renter’s or homeowner’s insurance through an app. An automated bot named Maya guides you through the process. And when you’ve got a claim, you take it to Maya, too. It’s billed as insurance for millennials and urban dwellers. There are a lot of companies like Lemonade trying to make insurance more efficient or even likable. There’s even a name for it: Insurtech. Daniel Schreiber, co-founder and CEO of Lemonade, tells Molly Wood that a big part of the business plan is to reduce fraud. The following is an edited transcript of their conversation.

Daniel Schreiber: So there’s a lot of money, potentially hundreds of billions of dollars in the system, that go either in direct fraud costs or in indirect fraud costs. And really it’s the cost of distrust. What we’re hoping to do, and what we’re trying to do, is to create an environment that is much more trusting and trustworthy that neutralizes those conflicts of interest. And what we’re seeing already in Lemonade is that a fair number of customers, like 2 or 3 percent of the claims that we pay, the money is returned to us at the end of the day. What happens is somebody will call us up and say, “Hey, my laptop … My girlfriend found it. I’m sorry I claimed for it. How do I return the money?” In insurance, that’s pretty much unheard of. So if you’re able to change the dynamic from being one of mutual distrust to one of mutual trust, ultimately you enlarge the pie and have more money to play with rather than less.

Molly Wood: All right. So a couple of things to dig into there. First of all, how do you make money?

Schreiber: So, Lemonade takes a flat fee. So if you pay us $100 for your insurance, we will take a flat fee from that. We’ll never take more and never take less. And, at the end of the year, you know, insurance is about trying to price risk as best you can and there’s good years and bad years. And in good years, there’ll be money leftover and that will go to charity. So the underwriting profits, as the industry calls it, go to nonprofits. Just this last year we gave $162,000 to the nonprofits that our customers had designated because a bunch of them either had good fortune or good behavior or a combination of the two meant that there was money left over. And in bad years, if there’s not enough money left over we have reinsurance partners to whom we pay some money each year so that on those bad years they will pick up the extra tab.

Wood: Long term, do you see that sort of charitable incentive and that trust building is something that is sustainable? I’m not trying to be cynical. But, you know, maybe a little.

Schreiber: I do. I think that people live up to your lowest expectations. There will always be nefarious, bad actors. Some of that will always happen. But the overwhelming majority of insurance fraud is not carried out by criminals. It’s carried out by people like you and me; people who are law abiding citizens and other aspects of their life. And when it comes to insurance they let the devil out.