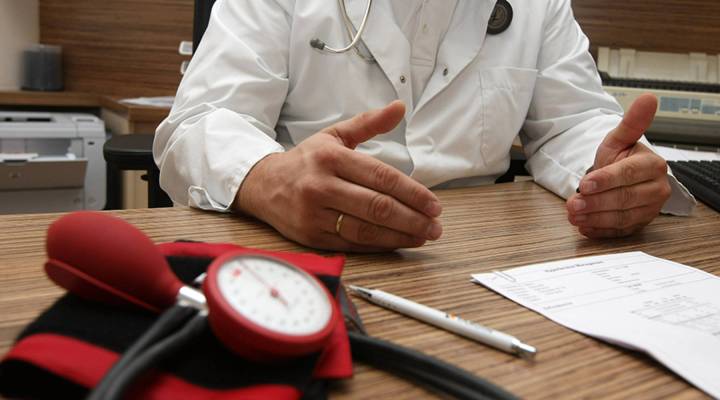 Fred works the early shift at Bethany Health Care Center, a Catholic nursing home in Framingham, Massachusetts. He’s up at 4 a.m. every day, washing clothes and bedding for the hundred-plus residents.

Last year the Trump administration ended a program that allowed 60,000 Haitians, including Fred, to live and work in the U.S. after the devastating 2010 earthquake. Fred’s temporary protected status expires in July.

“It’s affecting me,” Fred said (we’re not using his last name because he fears deportation). “The way I live my life. Like right now, I’m shaking. My voice is shaking, and this happens every day to be honest.”

If Fred is deported, the nursing home will struggle to replace him. The long-term care industry relies on immigrants to fill relatively low-paying jobs, from laundry workers to home health care aides.

Ten-thousand people hit age 65 each day. According to federal health officials, half of these baby boomers will need some kind of long-term care, like a nursing home, or a home health aide.

The long-term care industry is already facing a labor shortage. And now, plans to cut immigration threaten to make the problem worse.

The Trump administration says it wants U.S. citizens to fill jobs done by immigrants. The administration supports slashing even legal immigration by half. That would mean fewer low-skill workers — a key labor pool for the industry.

“We need workers across all levels of skills and not only star physicians and Einstein types of people,” said Jeanne Batalova of the Migration Policy Institute, a think tank.

Many Americans simply don’t want these demanding, low-paying jobs. MIT economist Paul Osterman calculates many workers earn around $20,000 a year. He says the labor shortage is putting pressure on nursing homes like Bethany, and on seniors and their families.

“What that means is that your mother, your grandmother, who need care, will not be able to find that care,” he said. “Or the cost of doing so will become exorbitant.”

Osterman says demand for health care workers is far outpacing the supply right now. Throw more immigration curbs on top of that, and the problem just gets worse.