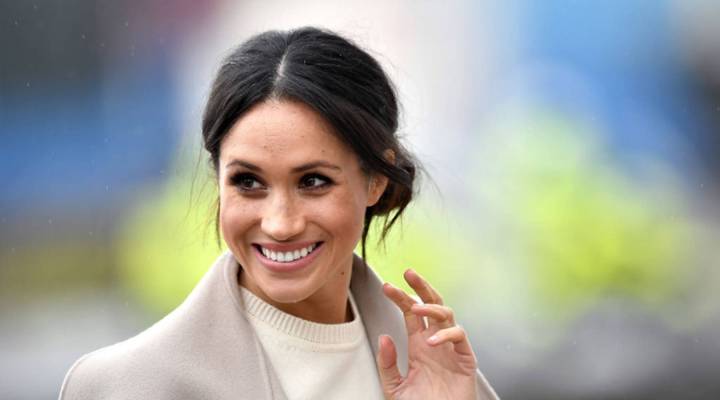 COPY
Fashion houses that supply Meghan Markle have profited handsomely since her engagement to Prince Harry was announced in November. Charles McQuillan/Getty Images

Britain’s tabloid press has been in a ferment over this weekend’s much-heralded royal wedding. What the journalists initially dubbed the “Markle Sparkle,” they then attacked as the “Markle Debacle” following the revelation that the bride’s father, Thomas Markle, will not be walking her down the aisle, citing health problems. Doubts about his attendance first surfaced after it was alleged that he was paid for staging photos with journalists. If true, that would break an unwritten rule that members of the royal family must not profit financially from their association with the monarchy.

But the furor is rather ironic. Others have been making a mint from the royal wedding and have been congratulated for it. The fashion industry, in particular, has been getting a multi- million dollar boost from the looming nuptials.

Fashion houses could benefit to the tune of $200 million, according to David Haigh, boss of the international consulting firm Brand Finance. He said the British monarchy is the ultimate upmarket label.

“It represents elitism, snobbery, high quality, sophistication — all those attributes that are associated with high-end luxury brands,” Haigh told Marketplace.

“She’s a fabulous-looking young woman. She has her own kind of style. What’s interesting about her is that she’s someone who’s come into the royal family already with her own fashion identity,” said Natascha Radclyffe-Thomas of the London College of Fashion. “She’s certainly made a really big impact.”

And the fashion houses that supply her have profited handsomely since the engagement was announced last November.

“Within minutes of her appearing in a new outfit, fashion websites crash, items are sold out, retailers get orders for hundreds, if not thousands of extra garments just from the fact that she’s worn something. It really is a phenomenal effect,” said Patsy Perry, senior lecturer in fashion marketing at the University of Manchester.

Every $1,000 double-breasted maxi coat from the Canadian fashion house Mackage sold out around the world within five hours of Markle appearing in one. And she has had the same effect on the sales of certain handbags. After she was photographed and filmed carrying a $675 midi tote bag made by Strathberry, a small Scottish firm, the bag sold out in 11 minutes flat.

Christine Ross, who’s based in Washington, D.C., and edits the Meghan Mirror fashion blog, said that previously little-known British handbag makers have been inundated with orders because of Markle’s patronage. Ross believes that it’s not solely because the products have been publicized. Purchasers are buying in to a narrative.

“I think it’s the fairy tale effect” said Ross. “The fact that an American girl from LA can grow up and marry a prince.”

But isn’t that a curiously outdated aspiration, out of step with the modern, meritocratic world and certainly out of step with Markle’s own insistence that she is a “proud feminist”?  Aren’t many people (and certainly many Americans) rather repelled by all the bowing and curtsying and privilege that royalty entails?

“I think people are reacting so positively to the royal wedding because we’re tired of the 24/7 news channels rotating through rather sad topics. It’s wonderful to have something happy and  fairy tale-esque to look at,” Ross explained, adding that Markle’s commitment to charity work had also struck a chord with many young consumers.

Markle’s impact on the fashion market is not unique. Kate Middleton, who married into the royal family six years ago, had a similar effect. But as fashion icons go, the two women appeal to different markets. Middleton wears classic, conservative clothes. In personality, she is slightly reserved. Markle, on the other hand, wears trendy, exciting, slightly younger styles and is definitely not a shrinking violet. Just witness her extraordinary poise and self assurance when she addressed a United Nations gathering as women’s advocate for political participation three years ago.

But will her new role as a British royal cramp her style in fashion and in person?

“I would definitely expect her to promote more British fashion, for sure. It’s a great opportunity for her to be an ambassador for the U.K. industry,” said Radclyffe-Thomas of the London College of Fashion. “But I don’t think that will cramp her style. There are lots of choices out there.”

There will, however, be some limits to those choices. Perry of Manchester University said that the short skirts and ripped jeans that Markle has favored in the past could now be a no-no.

“Absolutely, I think there is that expectation in terms of being elegant, chic but also regal as a member of the wider royal family” Perry said.

But Haigh of Brand Finance reckons it would be wrong to expect a demure, toned-down Markle to emerge after the wedding.

“She clearly doesn’t want to be seen to be a doormat, so I don’t think she’s going to be changing her fashion sense and the clothes she wears or many of the things she says, frankly. And the royal family will just have to get used to it,” Haigh said.

And that may include her ripped jeans.

“When she’s at a polo match, chilling out in the stands, I’m not sure that designer-frayed jeans are necessarily a bad thing. And actually, it would be rather good for the image of the monarchy if they … chill out a bit,” he said.