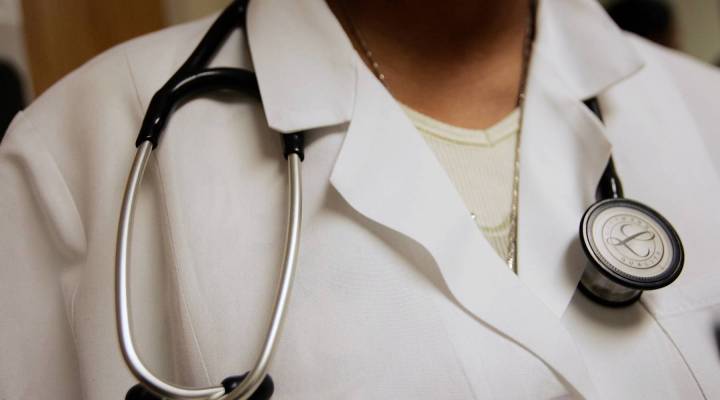 For the last few months Chicago residents Essie and Barbara Richardson have been dealing with an unwelcome addition to their daily routine: calls from a collection agency.

“They called at 1 o’clock [and now it’s] 5 o’clock,” Barbara said after pausing an interview to answer the phone. “So they call throughout the day.”

Those calls are over unpaid medical bills 77-year-old Essie Richardson owes for a recent hospital stay stemming from problems related to her arthritis.

Statistically, not paying county medical bills is common — the collection agencies Cook County Health and Hospitals System works with generally collect less than 5 percent of what’s owed each year, according to the health system.

Barbara Richardson said Cook County has told her that her mother Essie owes at least $226. She said they haven’t yet paid any of that.

Unpaid medical bills are frustrating to some Chicago-area politicians.

“We are not running a charity hospital,” said Cook County Commissioner Richard Boykin.  “The reality of it is we ought to collect that money on behalf of the taxpayer.”

Many of the county’s patients are poor. But the health system’s collection agencies are also constrained by contract. They cannot sue a debtor without permission from the county, for example. Boykin is one of a few Cook County politicians that recently have started wondering whether taxpayers can get a better return on the roughly $170 million of unpaid medical bills the health system has that’s now with collection agencies.

Boykin wants the hospital system to sell the right to collect that debt to a private company instead.

This idea is currently stalled in Chicago. The health system submitted a request for proposal earlier this year that did not receive any bids; it’s now considering next steps. And in March Commissioner Boykin narrowly lost his primary race.

But other health systems across the country are selling their past-due bills. Medical debt sales made up 28 percent of all those analyzed in a 2013 Federal Trade Commission report on debt buying.

“More hospitals, we are hearing from advocates, are trying to sell the debt wholesale,” said Susan Sherry, deputy director of the national health care consumer advocacy organization Community Catalyst. “To get out from under what the hospitals perceive as restraints.”

There are federal rules that constrain medical debt collection (nonprofit hospitals have special restrictions) and many states have their own rules as well. But Sherry said the further the debt gets away from the hospital or health system where it originated, the more problems can arise.

The St. Louis Post-Dispatch recently investigated a nonprofit hospital chain which had leased the management of it’s emergency rooms to a for-profit company. That company sold the ERs’ unpaid bills to a debt buyer — which has sued over 1,000 people for unpaid bills in the last few years, according to the Post-Dispatch.

In a statement Jan Stieger, executive director for Receivables Management Association International (formerly known as the Debt Buyers Association) said that debt buyers are “typically less aggressive” than health systems in collecting debt, because they are able to spend more time working with the debtor.

But losing control over collections worries the Cook County Health and Hospitals System, which has been skeptical of selling its debt. Spokeswoman Alexandra Normington said in a statement that many of the county’s patients simply don’t fill out “charity care” forms that could save them from medical bills. “We believe that a vast majority of the health system’s bad debt is attributable to people who are, in fact, eligible for our charity care program,” Normington said.

Chicago resident Barbara Richardson said her mother Essie is already just-getting-by financially. Essie lives off a $1,367 monthly payment from social security, and is enrolled in Medicare. Barbara said that paying the few hundred dollars the county says her mother owes would be difficult for her.  She said she hopes the county health system does not sell its debt.

“If they are going to be even more aggressive than these people are, I don’t know what [my mother] is going to do.” 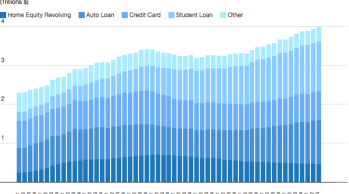