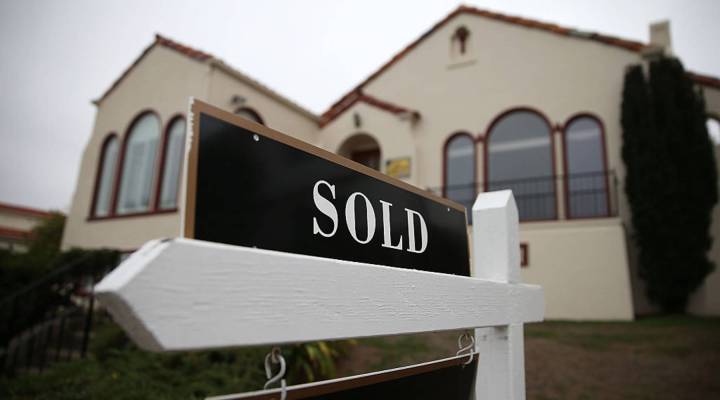 Congress is expected to turn its full attention to tax reform this week. Republicans want to make some big tax cuts, so the hunt is on for the money to pay for them. No deduction is safe — not even the mortgage interest deduction, which has been around since 1913 and is as old as the tax code.

Housing industry lobbyists are geared up to protect the mortgage deduction.

Krumholz said the National Association of Realtors was the second-biggest spender on Capitol Hill during the first half of this year, right behind the Chamber of Commerce. The NAR dropped a cool $20 million — not unusual for it.

“Our expenditures so far this year have been quite normal,” said Jamie Gregory, the NAR’s deputy chief lobbyist.

Gregory said they’re just getting started. And if Congress tries to kill or cap the mortgage deduction, they’ll unleash more cash. And money wouldn’t be their only weapon. They’ve got homeowners.

“I think that once Congress hears from homeowners — the 73 million, 75 million homeowners out there — I think things may change,” Gregory said. He argued that the mortgage interest deduction is one of the biggest incentives to buy a home. Take it away and “obviously sales volume will drop,” he said.

And if sales volume drops, “valuations will drop,” he said. “There would be a very detrimental effect on the economy in general,” he added.

Congress is plenty familiar with this argument. It helped save the mortgage interest deduction the last time lawmakers tried to eliminate it in the ’90s. No one’s saying history will repeat itself. Certainty is not a big commodity in Washington these days. Plus, the deduction, which amounts to around $68 billion a year, has its detractors, including economists.

“Personally, I would favor eventually getting rid of it,” said Bill Gale, co-director of the Urban-Brookings Tax Policy Center.

Gale and other economists said the mortgage interest deduction is regressive, favoring the richest taxpayers, and it encourages people to buy more house than they need or can afford. But Gale said briefing papers are no match for cash.

“There’s a difference between saying there are policy advocates arguing that the mortgage deduction is inefficient and inequitable and expensive and lobbyists saying’ ‘We donate a lot to your campaign, and we want to keep the mortgage interest deduction,’” he said.

Lobbyists like to do the briefing paper thing, too. The National Association of Realtors said it ran the numbers, and they show that just over half of homeowners who claimed the mortgage interest deduction in 2015 made less than $100,000. Don’t worry about keeping track of all these arguments. You’ll be hearing them again and again and again as Congress debates tax reform.