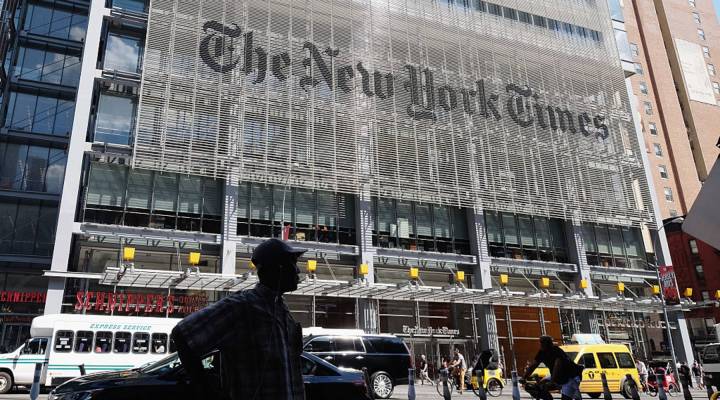 COPY
In general, "there are usually two times of day when newsmakers are most likely to time their news," says Paul Niwa, a journalism professor at Emerson College. Mike Coppola/Getty Images

In general, "there are usually two times of day when newsmakers are most likely to time their news," says Paul Niwa, a journalism professor at Emerson College. Mike Coppola/Getty Images
Listen Now

Even White House aides live in “dread” of 5 o’clock; worried about the latest news dump, reports The New York Times.

Why is that the time of day it seems like big news has been breaking?

Part of the answer depends on the type of news we’re talking about. There’s some breaking news that has a timeline no one can control. Like death. A person dies when they die. Other news breaks when a newsmaker decides to break it — when, say, the White House decides to share whatever-it-is with the press. The decision by President Trump to fire FBI Director James Comey broke right around 5:50 p.m. EDT.

We can’t, of course, read the minds of the president and his staff. But, in general, “there are usually two times of day when newsmakers are most likely to time their news,” said Paul Niwa, a journalism professor at Emerson College. The first window is around 10 or 11 a.m. Eastern time. That gives reporters time to talk to their editors and get to a press conference. The second window is after 4 p.m.

“And that is often, for national newsmakers, a good time to break news,” Niwa said, “because it won’t spook the markets.”

The U.S. exchanges close at 4 p.m. Breaking news after that gives investors “a moment to pause and digest the information before reacting to it,” he said.

There’s another type of story that’s been blowing up our phones late in the day. Those are the scoops. The investigations. The stories that news outlets, like the newspapers and broadcasters, decide when to publish.

The New York Times broke the story about the James Comey memo around 5:20 p.m. EDT.

But a lot of the recent late-afternoon timing is coincidence, said Cliff Levy, deputy managing editor at The New York Times.

“Your listeners should not assume there’s any conspiracy to have everyone publish at 5 or 6 o’clock,” he said.

Levy said his paper publishes investigative stories as soon as they’re fully reported, not wanting to risk getting scooped by the competition. Sometimes, he said, timing has to do with when a reporter hears back from the subject of a story.

“We might inform them at noon or 1 o’clock. And they might say ‘We need a few hours to figure this out, to get you a response.’ And by the time they get the response to us, it’s 5 o’clock.”

Timing is also driven by print deadlines. In order for a story to make the next morning’s paper, it needs to be written and edited by 8 or 8:30 the night before.

“I would prefer we didn’t publish at 5 or 6 o’clock,” said Levy, “because the audience is starting to wane digitally. The optimal time to publish is in the morning.”

Which brings us to another question about news timing: How is it that once one news organization breaks a story, other newsrooms get their own stories confirmed, and posted, and pinging our phones so quickly?

“If you look at the stories that have broken, they come from really good beat reporters,” said Vince Gonzales, a journalism professor at USC Annenberg School for Communication and Journalism. The second a story breaks, beat reporters at other organizations “rush to their sources and get confirmation because there are people who have been waiting for those phone calls from reporters.”

A story in a major outlet also makes sources more willing to talk.

“I think it opens the floodgates,” Gonzales said. “I think one of the greatest things you can say to a source, as a reporter, is ‘someone else has already talked.’ “

One more observation here about the timing of news stories: Those push notifications on our phones make us more aware than ever of exactly when a story breaks.