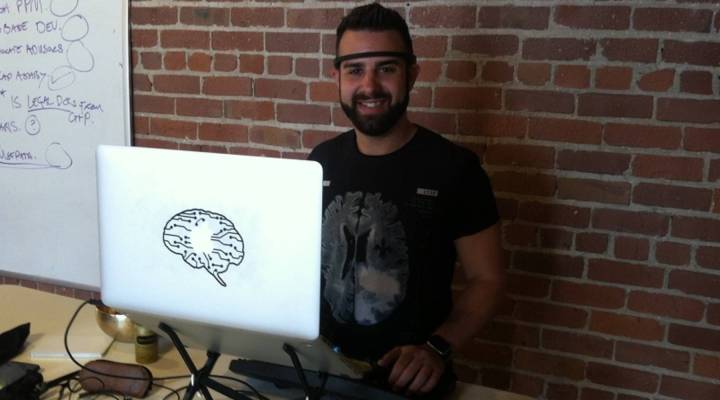 The desire for increased productivity in Silicon Valley is spawning a new market, for substances under the heading “nootropics.”

Nootropics are marketed as pills that will increase your productivity and boost your brain power. Many in the scientific community question the claims. But in Silicon Valley, nootropics have become part of a subculture that is trying to work as many productive hours a day as possible.

Like many who take nootropics, Daniel Wiggins works in tech. “It started about nine months ago when I was working on my own startup,” Wiggins said.

Wiggins was attending a weekly “biohacker” meet-up at a San Francisco cafe. In pursuit of productivity, biohackers do all kinds of things, like shock their brains with low voltages of electricity and experiment with prescription drugs.

At the peak of his biohacking, instead of eating any meals, Wiggins was drinking Soylent—it’s supposedly a meal-in-a-bottle. “I was trying to figure out how do I get 10, 12, 14, 16 hours of productivity per day,” Wiggins said.

Others at the meeting take nootropic pills. You too probably have a nootropic every day. Caffeine.

The word “nootropic” refers to substances some believe improve cognitive function, like caffeine—but also all kinds of other things: compounds made in labs and herbs used in Chinese medicine. Nootropics companies mix different substances into pills that they then sell to consumers like Wiggins.

Wiggins takes a nootropic pill made by a San Francisco company called Nootrobox, which is co-founded by Stanford University graduate, Michael Brandt.

“A big part of what we’re trying to do in the larger sense is to re-brand work as something very fulfilling,” Brandt said, “something exciting, a means of self-actualization.”

Most of Nootrobox’s customers are in the Bay Area. Brandt describes nootropics as performance enhancers for white-collar workers. UC Berkeley nutritional scientist Marc Hellerstein does not believe they are effective.

“There is almost never a proper study that anyone in real medicine would accept as showing efficacy or benefit in human beings,” Hellerstein said.

Most nootropics are sold as supplements, which are not tested and reviewed by the FDA the same way as drugs. Nootropics enthusiasts swap studies and tips online. Hellerstein and others in his field are not impressed.

“All you got to is make a claim, read a few rat studies, and you can market stuff on shelves and make a lot of money,” Hellerstein said.

Nootrobox has a couple million dollars in funding from Silicon Valley regulars like Marc Andreessen. But others companies are just get started, like Nootroo. It was founded by aspiring tech entrepreneur, Eric Matzner.

On a visit to Matzner at his shared office space, he had on a heart-rate monitor and a brainwave monitor. He showed a reporter the meditation he did to calm down for the interview. Matzner is big into biohacking and trying to optimize himself.

Matzner sells two kinds of nootropics pills. He carries each formula around with him in a necklace that he wears. Matzner said he hopes his nootropics will make people more productive.

Wiggins, for one, has scaled back his biohacking. He no longer drinks all his meals, but he still takes nootropics every day. Wiggins said they are part of a sustainable productivity routine that includes ample sleep, exercise, nutrition, and intermittent fasting.

When it comes to productivity for Wiggins and many others in the biohacking movement, a regular old cup of coffee just doesn’t cut it anymore.