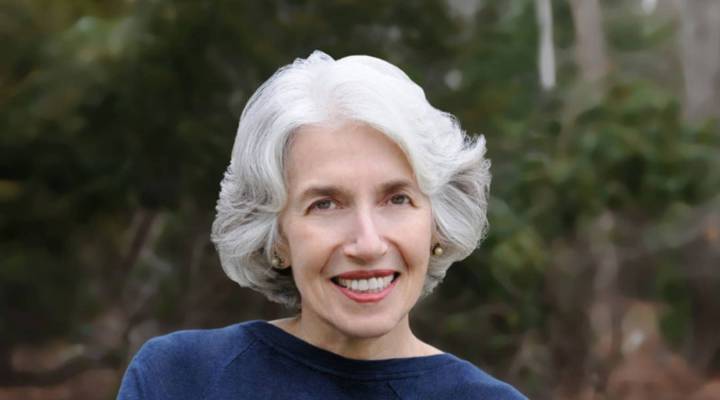 COPY
Dava Sobel, author of "The Glass Universe: How the Ladies of the Harvard Observatory Took the Measure of the Stars" Mia Berg

Dava Sobel, author of "The Glass Universe: How the Ladies of the Harvard Observatory Took the Measure of the Stars" Mia Berg
Listen Now

More than 100 years ago, a group of women started recording constellations using magnifying glasses and glass photographic plates. Half a million plates later, the images captured continue to provide a reference for how space has evolved over time.

“Some of those plates have as many as 50,000 stars on them,” said Dava Sobel, the author of “Glass Universe,” a new book about these early female astronomers. “The detail, the tedium of it — but the excitement of it because they were making bonafide discoveries.”

Sobel, a former New York Times science reporter and the author of several books about astronomy, joined us to talk about how the project began. Her answers were edited for brevity and clarity.

Edward Pickering and Anna Draper — who were they?

Edward Pickering was the director of the Harvard College Observatory and Anna Draper was a New York heiress, the wife of doctor Henry Draper and she was also his partner in his amateur astronomy pursuits.

And she gives a gift that sort of sets off this whole thing, right?

So as a memorial to him, she gave Pickering pretty much the equal of his entire annual budget just to do that project.

And Edward Pickering in the 1880s-ish, hires women to do this when women just were not in science.

That’s true. He was very broad-minded, forward-thinking. He actually found about six women working at the observatory when he took it over in 1877 and he thought that was just fine and he even reached out to volunteers, women who had been through one of the women’s colleges and had real background in astronomy but no place to apply that background and he gave them a chance to send in their observations and be part of a big important project.

They were cheap labor too, weren’t they, these women?

Yes, women still are in  many cases. But the opportunity he gave them, the confidence he placed in them and the recognition he brought them — all of those were recompense. They did complain about their salaries sometime, but they were happy to have the work.

WWII comes along. NASA comes along and space exploration. This all plays into that as well.

Yes. There were people from the Harvard Observatory who showed how well their background in astronomy had trained them to do war work. So the wife of the observatory director was computing ballistic tables for the Navy. There were many ways that a trained astronomer could participate and contribute.

Describe for me what it was like to look at these plates.

They’re beautiful things. They look like, a little like museum relics…They started in 1885 and they cover a full century of the night sky, so the last one was taken in 1992. And that’s what makes the collection so extraordinary because although digital techniques now can do more, see farther, they can’t see what’s on those plates. So today, new discoveries can be better understood, by looking back and seeing what was in those same sectors of the sky 100 years ago.

This photograph, taken from Peru in 1897, is one of half a million glass plates amassed by Harvard astronomers over the course of a century and still stored on site at the observatory for ready reference.