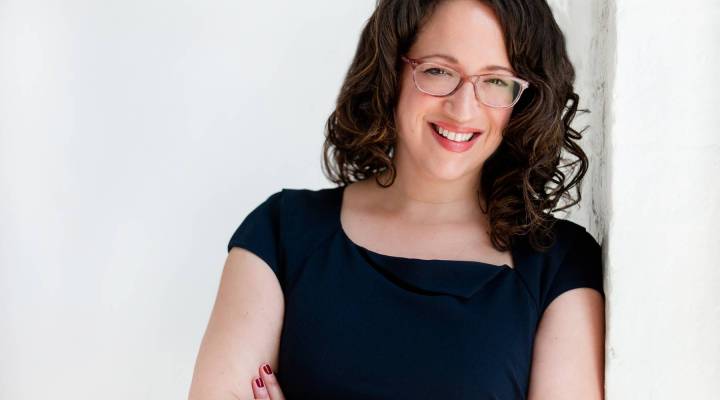 Given the pace of change in the tech industry, sometimes it’s hard for companies to know just which trends to chase. One person they might turn to for answers is Amy Webb, a futurist.

Her firm, the Future Today Institute, specializes in forecasting trends in technology. The demand for futurists among major companies has grown in recent years. Companies like PG&E, Intel, Ford and General Motors have all added the role to their organizations.

Webb discussed tech trend prediction in her new book, “The Signals Are Talking: Why Today’s Fringe is Tomorrow’s Mainstream,” and recently spoke with Marketplace host Kai Ryssdal about what being a futurist actually entails. Her answers were edited for clarity and brevity.

Kai Ryssdal: What does a futurist do?

Amy Webb: I realized this is sort of a made up job title…futurists are people who specialize in lots of different disciplines and the focus is not to predict what might happen next, but instead to forecast given what we know to be true today and doing extensive modeling using evidence and data, what might be the possible scenarios tomorrow and what do we do about it?

One of the example that comes up is Google Glass, which was out there and didn’t ever really catch on, but now we have Snapchat Spectacles, which is different but kind of the same — you wear it on your face. How do you differentiate trend from trend?

If you take a broader look, far more interesting to me than either of those two glasses are the ones I talk about in the last chapter, which is Magic Leap.

Ryssdal: Yeah, let’s just explain what that is.

Webb: Nobody knows exactly [laughs]. They’re very very secretive, but here’s what I do know. It’s not about taking photos or glancing and sending a tweet or something. This is about augmenting the physical reality that we’re in with digital overlays. So for example, you’re in LA, I’m in NY. If we were both wearing them it would look as though I was talking to you from across the desk and you were talking to me from across the desk.

And that really does warp in a sense our reality and it uses and requires our data to work…A lot of these things don’t work without our complicity, like our participation and this is why to me google glass was not — I never expected it to be a commercial success…But, if you look at the bigger picture it’s one of many things that Google is building that uses our data and that data powers a bigger system and that bigger system makes our lives a little bit better every single day and we don’t think about how much of our data is used and it what ways.

Ryssdal: How much is your life complicated but the the increasing rate of change in this society? Whether it’s digital, whether it’s the news cycle, you name it, things are happening ever faster.

Webb: Every year my company puts out a pretty huge annual report. These are all the trends you have to pay attention to in the next year. We had to rewrite about 40 percent of it after the election. There can only be one thing that happens next. Edward Lorenz, who is the father of chaos theory said that.

Because “only one thing can happen next” and because randomness is a part of life — and we just saw that [with the election] — it is incumbent upon on of us to accept that things are changing, that the rate of change is fast and there is a light at the end of the tunnel and that is having someway to deal with all of this information overload. If you have some kind of plan, then you’re fine.

Ryssdal: Do you ever look backwards?

Webb: Of course I look backwards. That’s another really, really fascinating thing to me. Everybody has fetishizes the future and yet they forget the past. So we’re in a cycle of people freaking out about AI, but this exact same cycle goes all the way back to the invention of the light bulb and then again with cars. And then again with computers but none of these technologies happen every night. That’s the whole point of the book, and the clear message I think for anybody in business and that is you have to pay attention to what’s happening right now, you have to look back in time, to what has already happened, and you also have to be paying attention to what’s possible, what might happen in the future.

Read an excerpt from “The Signals Are Talking: Why Today’s Fringe is Tomorrow’s Mainstream” here.