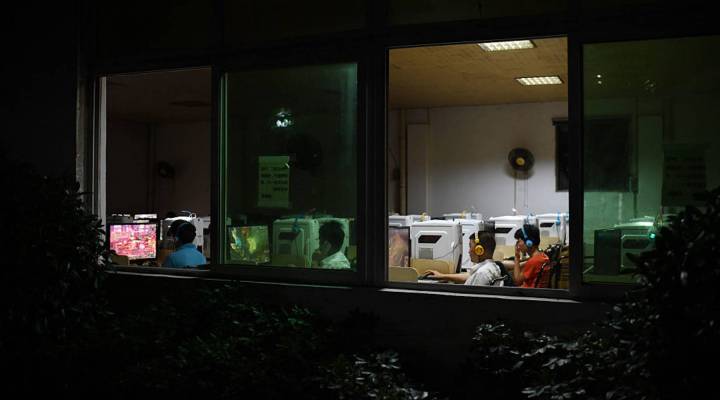 As President-elect Donald Trump makes his flurry of cabinet appointments in the coming weeks, there’s one post that we tech nerds are awaiting with bated breath: chairman of the Federal Communications Commission.

Trump has already appointed two FCC policy advisors to his transition team, and their views give us some clues on what the FCC will look like under his administration. Short version: pro-business, anti-net neutrality and maybe anti-the FCC altogether. And while FCC policy can quickly get dense, political, and wonky in the extreme, it can also have major impacts on both consumers and businesses. So let’s try to get a little smarter on what the FCC does and why it matters.

How does this commission work and what the heck does it do?

The FCC is made up of five commissioners, all of whom are appointed by the president and confirmed by the Senate. The majority is determined by the administration–so it’s 3-2 Democrats under a Democratic president, 3-2 Republicans under a Republican president.

The current chairman, Tom Wheeler, will be replaced as chairman as soon as Trump takes office, but his term on the FCC doesn’t actually end until November 2018, so he could end up staying on. Usually, though, the outgoing chair resigns.

These five people handle all things communication: radio, TV, and telephone, and increasingly, wireless and broadband Internet services. They also approve or reject any mergers or acquisitions that involve companies who hold FCC licenses.

Let’s start with the big fish: net neutrality. What’s up with that?

It’s been widely reported that Trump and his advisors are against net neutrality and intent to roll it back as soon as the red tape allows. But it actually isn’t quite that simple.

As you may have read, back in 2015, the FCC officially reclassified broadband from a regular old commercial service to something closer to a utility–a “common carrier.”

These carriers, like railroads, cruise ships, trucking companies and public utilities, are required to provide a public service without discrimination or unfair refusal of service. In the case of broadband, that meant no blocking apps or websites, no giving faster delivery to companies who pay more, and no slowing down services for competitive reasons.

And that was a big, hairy, controversial decision: Republicans saw it as a big-government intrusion (Trump himself referred to it as a “top-down power grab” in a tweet back in 2014) and even some technologists felt that making the Internet more like a public utility would restrict future innovation.

And, he says, “priority number one for a Republican FCC will be to be rolling back that jurisdictional hook.”

If it happens (and it won’t necessarily be easy), net neutrality is up in the air again, and the question becomes whether Republicans really want to dump it altogether or whether the commission will look for a compromise that’ll last longer than the next administration.

Also, it’ll be a really big deal, because right now, the reclassification–now known as the Open Internet Order–is what Brake calls “the fundamental regulatory underpinnings of the most important communications platform of the day.”

Big deal. Check. Anything else we should know?

One other thing could be impacted if broadband regulation gets fuzzy again. In October, the FCC passed new privacy regulations that put limits on how companies can use your personal information and let consumers opt out of having data shared with third parties–basically, advertisers. Those rules are really only possible because of the FCC’s reclassification of broadband–normally they’d fall under the jurisdiction of the FTC. So they might get thrown out, too.

And unrelated to those rules, Wheeler had proposed one other controversial action before the election: a plan to force cable and satellite TV providers to unlock their set-top boxes and make their content and guide information available on apps. That would let consumers, say, watch Comcast television on their Apple TV (with a subscription, of course) without having to rent a box from Comcast.

That proposal is now unlikely to get a vote at all before Trump takes office, although there were suggestions that maybe Wheeler didn’t have the votes he needed to pass the regulations. Either way, they’d almost certainly be overturned in the new administration, Brake says.

What should we watch for with the new FCC?

The FCC gets to approve any mergers or acquisitions that involve companies with FCC licenses. There’s a big one of those on the table right now: AT&T and Time Warner. Although Trump has personally stated his opposition to that merger, citing dangerous media consolidation, Brake says that with a more traditional Republican administration, the deal “would be a shoo-in.” That’ll be one to watch.

And mergers generally: there’s been tons of appetite for acquisition in the media and telecom space, and investors are apparently looking forward to a more business-friendly climate under Trump. One analyst note this week threw out suggestions that include some obvious possibilities, like the Sprint and T-Mobile merger that Wheeler’s FCC blocked, as well as some pie-in-the-sky musings like Comcast buying Verizon. One telecom to rule them all.

There are also suggestions that local TV broadcasters may begin to lobby the incoming FCC to throw out rules that prevent media companies from owning newspapers and TV stations in the same market.

And then, of course, there’s the possibility that the FCC as it exists now won’t look the same at all in a Trump administration. After all, one of Trump’s FCC advisors recently argued that the commission should only exist to license radio spectrum, and all other duties could be handed off to other agencies. Most Washington watchers think that’s unlikely, but then again, it’s hard to predict anything that’ll happen these days.