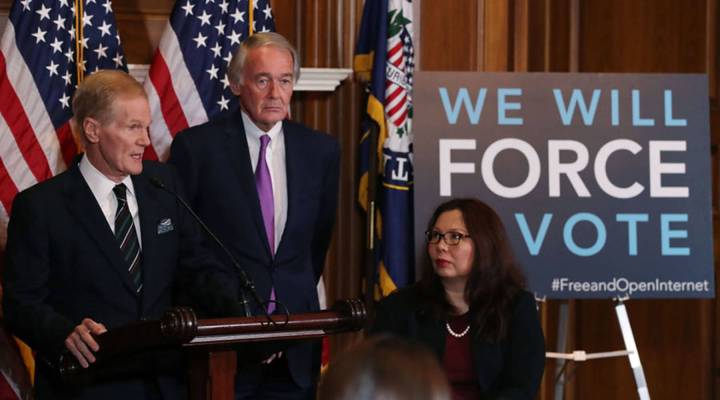 The controversy over net neutrality hasn’t died down a bit. In December, the Federal Communications Commission overturned rules that prevent internet service providers from blocking, slowing down or charging more to access content online. The ruling drew the ire of internet users and small business owners arguing that net neutrality protects consumers and internet startups. FCC Chairman Ajit Pai  even skipped the tech trade show CES this year over reported death threats. Lawsuits are in the works.

Since the December ruling, states are considering their own laws, and this week 44 senators, including Republican Susan Collins of Maine, said they’ll support a bill that would overturn the FCC’s ruling. Using the Congressional Review Act, Congress can overturn regulations with a simple majority within 60 days of them being issued with no possibility of a filibuster. Congressional Republicans used it a lot last spring, including overturning FCC rules that protected consumer broadband privacy.

If the resolution passes, it would essentially undo the agency’s December vote, but it would also prevent the FCC from passing the same set of rules over again.

Marketplace host Molly Wood spoke with Democratic Sen. Ed Markey of Massachussetts, who introduced the Congressional Review Act resolution. Below is an edited transcript of their conversation.

Molly Wood: Even if this bill passes in the Senate, isn’t it very unlikely that the House and the president would restore net neutrality?

Sen. Edward Markey: I don’t agree with that. I think that the momentum is going to be very, very powerful. Net neutrality is a bipartisan issue. Eighty-three percent of Americans when polled say they support it. So I think that there is a vast misunderstanding about the power of this issue, and assuming it can’t pass in the House is a big mistake, is really assuming that this issue doesn’t continue to rise to a point where it becomes very difficult for a swing state Republicans to vote against it.

Wood: Is the bill partly also an effort then to sort of put people on the record?

Wood: Do you think you have the votes for it to pass in the Senate?

Markey: We’re getting very, very close. [On Tuesday], Sen. Susan Collins from Maine became the first Republican to pledge her support. So we really just need a simple majority 51 votes.

Wood: Does this also set the stage for net neutrality legislation at some point soon? Like you said, there’s bipartisan support. That’s long been something that’s been discussed as an option for taking this issue sort of out of the hands of the FCC.

Wood: So is it more important then in the short term to make sure that the repeal does not become the law of the land rather than pursue a legislative solution right now?

Markey: Either way, the goal should be to restore the old rules, because nothing that could ever be codified by the Congress will have anywhere near the protections that are inside of the net neutrality rules.

Wood: And then finally, I want to ask you about enforcement. If your bill does make it all the way through the president, the FCC would still have to enforce those net neutrality rules. Do you think that that’s likely under the current leadership?

Markey: On the one hand, I appreciate the fact that this FCC doesn’t support net neutrality, but on the other hand, it will be the law, and they’ll have a requirement to enforce it, and if they don’t, then competitors and individuals can sue the FCC saying that they’re not doing their job, because the job will be to ensure that net neutrality is a policy that offers protection to anyone using the internet. 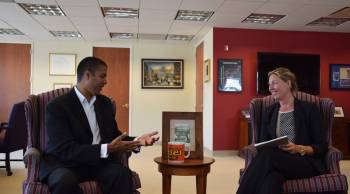