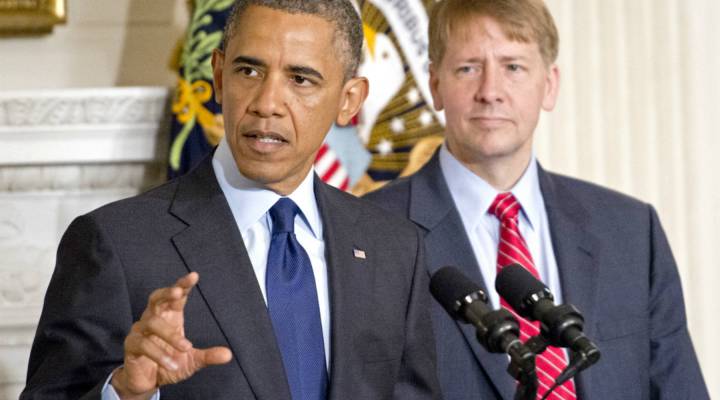 Donald Trump’s transition team promises to roll back some of the financial regulations put in place after the economic crisis.

One regulatory agency whose future is uncertain: the Consumer Financial Protection Bureau.

Since its formation in 2011, the CFPB has sued a number of financial entities with the aim of looking after consumers, and recently fined Wells Fargo $100 million. But Republican lawmakers think it has overstepped its bounds in areas such as payday loans and discrimination in the auto market.

Lawrence Baxter, a Duke University law professor who follows financial regulation, joined us to explain how the CFPB could change under the new president’s leadership.

On the CFPB’s effectiveness:

For those who have been very much behind the agency, it’s considered very successful. It’s levied enormous amounts of fines on different entities. The most publicized recently was Wells Fargo. It has also been a financially very strong agency because its unusual funding system, which is that it is funded out of revenue from the Federal Reserve System that does not require congressional appropriation. And that brings me to the opponents who believe that it has been an overzealous prosecutorial agency. That there’s not enough accountability, and that the CFPB has overreached in areas beyond even the jurisdiction that is defined specifically in the Dodd-Frank Act.

On what lies ahead for the agency:

It is going to be a bitter battle because the founders, as it were – Sen. [Elizabeth] Warren — and many other supporters of the CFPB are deeply invested in it, and they will point to some very serious abuses that were not properly policed before the crisis. On the other hand, Congressman Jeb Hensarling, who’s chairman of the House Financial Services Committee, has what was very much a placeholder bill — the Financial Choice Act — and has now become front and center as the primary vehicle for reform. And there’s one whole provision, or one whole title of that bill, that would fairly significantly reform the agency.