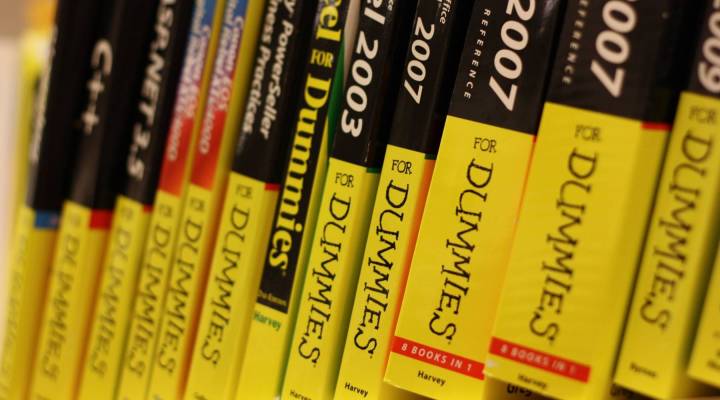 The familiar For Dummies series reaches its 25 year anniversary this fall. The books were meant to simplify everything from Windows 95 to puppies. Steve Hayes is the executive editor for John Wiley & Sons, the company that publishes the series today. He says out of the hundreds of millions of titles, Golf For Dummies is one of his favorites.

On the Origin Story for the For Dummies Books:

It’s an interesting story and it was a case where a couple of good things happened at the same time. Someone from IDG books, the original publisher For Dummies, overheard someone in a bookstore saying the current books out there were too difficult to understand and what they really needed was something called “DOS (Digital Operating System) For Dummies”.

On publishing For Dummies books in the age of Google:

Well, I think we have to look to the future. I think we still have very active and very successful publishing program, but we’re also trying to find ways to engage our audience in ways that they are going out and finding answers. So we have to look for ways to put dummies out there on YouTube. We have to look for ways to create courses that they can go take to maybe, you know, improve their job opportunities and so forth. And I think one advantage that we have is that because we have that “25 years of” reputation as a good place to go for answers, when people find dummies in these new places, they may be more apt to look to us first, rather than just someone out there just putting up the answer off of a video they recorded on their cell phone.