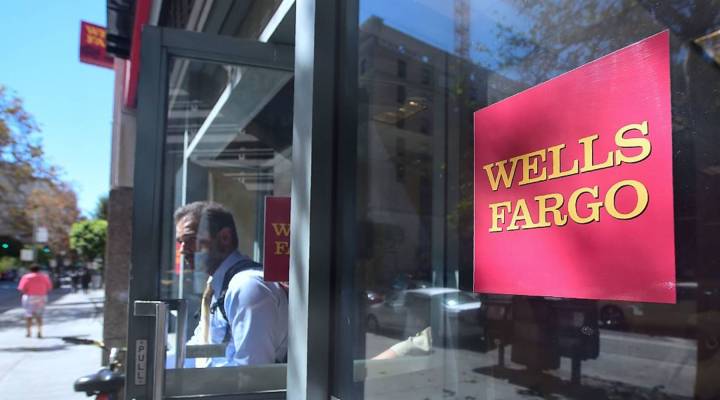 COPY
Wells Fargo is still the subject of criminal probes and faces at least two class-action lawsuits from workers who were fired. FREDERIC J BROWN/AFP/Getty Images

CEO John Stumpf’s resignation, announced Wednesday, doesn’t come close to ending the troubles at Wells Fargo. The bank is still the subject of criminal probes and boycotts. It’s also facing at least two class-action lawsuits from workers who say they were fired, not for participating in the fake account scandal, but for refusing to participate.

When Claudia Ponce de Leon started working for Wells Fargo in 2000, she was 22, and she was good at her job: She advanced from a teller, to a banker, to assistant manager and then manager, moving through several branches. By 2011, she was managing a branch in Pomona, California. Daily sales quotas had been in place for quite awhile, but they varied in intensity based on the region and the season. At this new branch, she noticed one of her staff tricking customers to make them think they were required to open new accounts, a tactic known as “gaming,” which is forbidden by Wells Fargo’s ethics policy.

Ponce de Leon said she reported the person to her managers, human resources and the ethics hotline.

“I thought I was doing the right thing,” she said. But within a month she was fired for reasons she said were made up. She was accused of physically striking another employee, something she said she would never do.

Since then, lots of stories have come out alleging this kind of retaliation against workers who reported those who were gaming and opening fake accounts. Ponce de Leon is not surprised by that.

“A lot of people knew, but they turned the other way because at the end of the day, everyone gets an incentive,” she said.

Those incentives were key: Wells Fargo doesn’t deny that bankers and their managers were rewarded for high sales numbers, and former CEO John Stumpf touted the numbers to investors even as Wells Fargo was conducting its own investigation into thousands of workers who participated in the scam.

Attorney Jonathan Delshad recently filed a class action lawsuit in California and a federal suit, both on behalf of employees who said they were fired after refusing to cheat to meet quotas. Many said the people who did cheat were kept on or even promoted.

“Over a thousand former employees have contacted me,” he said. “Each one of their stories is pretty much cookie-cutter the same.”

These stories fly directly in the face of what Wells Fargo has said, which is that it fired anyone involved in cheating, end of story. The company has now stopped using individual sales goals, apologized to its customers and in a statement this week said it doesn’t tolerate retaliation of any kind. The company has declined multiple requests for interviews with Marketplace.

Anastasia Christman with the National Employment Law Project said the bankers who were subjected to this pressure-cooker environment were vulnerable.

“They tend to be very low-paid,” she said. In a study of low-level bank workers and sales tactics, she also found the workers are disproportionately women and people of color.

Ponce de Leon said after Wells Fargo fired her, she lost her home, her savings and was out of work for two years; now she’s 39 and basically starting over. After she was fired, she filed a complaint with the Occupational Safety and Health Administration, which the federal agency never seems to have investigated. But since the federal fine was levied against Wells Fargo last month and two rough congressional hearings for John Stumpf, she said, OSHA has proposed setting up mediation between her and Wells Fargo. Marketplace reached out to OSHA and hasn’t heard back.

Since all this attention has been on Wells Fargo, Ponce de Leon said one other thing has gotten better.

“Finally, you know, people believe me,” she said. She lost close friends when she lost her job at Wells Fargo, after putting nearly 12 years into the company. “Just having the truth come out, more than anything, is just a relief.”