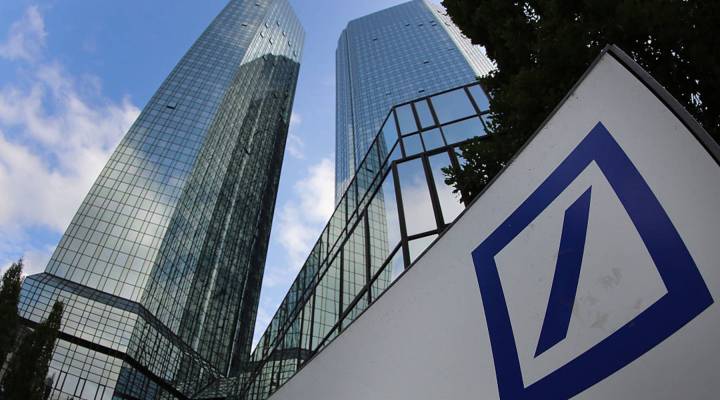 Think of the words “European banking crisis” and you’re most likely to think about Italy or Greece. Germany doesn’t immediately spring to mind. But a banking crisis is unfolding in Europe right now and it is a fully fledged German one involving that country’s biggest bank — Deutsche Bank. The bank is struggling to find the cash for a $14 billion settlement demanded by the Department of Justice for the mis-selling of mortgage-backed securities. The German Chancellor — Angela Merkel — can hardly bail out Deutsche Bank. She’s spent the last few years telling the Greeks and the Italians that bank bail outs are verboten.

Some analysts believe that the U.S. Department of Justice will save the day by significantly reducing its demand in order to avert what could be a cataclysmic collapse: Deutsche Bank is exposed to some $50 trillion of derivatives.