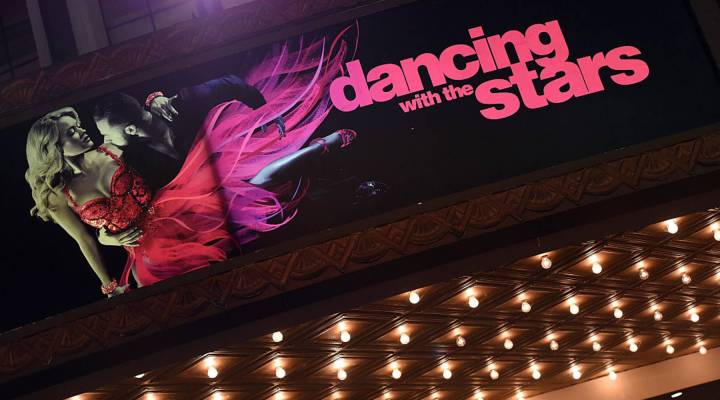 COPY
ABC's 'Dancing With The Stars' Season Finale was hosted by The Grove on November 24, 2015 in Los Angeles, California. This year, season 23 will feature Amber Rose, Ryan Lochte and Rick Perry, among others. Angela Weiss/Getty Images for Caruso Affiliated

ABC's 'Dancing With The Stars' Season Finale was hosted by The Grove on November 24, 2015 in Los Angeles, California. This year, season 23 will feature Amber Rose, Ryan Lochte and Rick Perry, among others. Angela Weiss/Getty Images for Caruso Affiliated
Listen Now

Event TV isn’t what it used to be, but some shows still come close. ABC’s “Dancing with the Stars” is one of them, and the producers are hoping its new season will turn out to be a ratings bonanza.

They’re all paid to be part of the show, but for most contestants it’s about more than money. Some seek redemption. On Dancing with the Stars, audiences watch you try and try again. They’re rooting for you. Ryan Lochte needs a bit of that after the debacle at that Rio gas station. Rob Owen is a TV writer for the Pittsburgh Post-Gazette.

“But even if he had come back in a blaze of glory, I could still see him going on “Dancing with the Stars,” he said. “I don’t think the only reason is image rehab. It’s also a little bit of image sustainability.”

He said Lochte wants to stay in the spotlight –  in a good way – as he struggles to master some dance moves. That struggle will be harder for the older, less limber Rick Perry, said Ron Simon of the Paley Center for Media. But he added Perry also has good reason to strut his stuff – there are rumors of a Senate run.

“So I think he has to re-establish his brand,” Simon said. “Obviously as he’s running for senator, it’s only for Texas, but his aspirations have always been national. It’s a way to sort of re-adjust how people look at him.”

Cynthia Littleton is managing editor of television for Variety. She said the audience for the show skews older, 40-plus. Producers would love to get George Clooney or Johnny Depp to take a turn, but she said they know that’s unlikely.

“So they will go after actors who might be seen as a little bit past their prime but they’re still kind of beloved by an older generation, and their shows are still running on Netflix or Nick at Nite.”

So many younger viewers will still recognize and respond to new cast member Marilu Henner of “Taxi” fame.