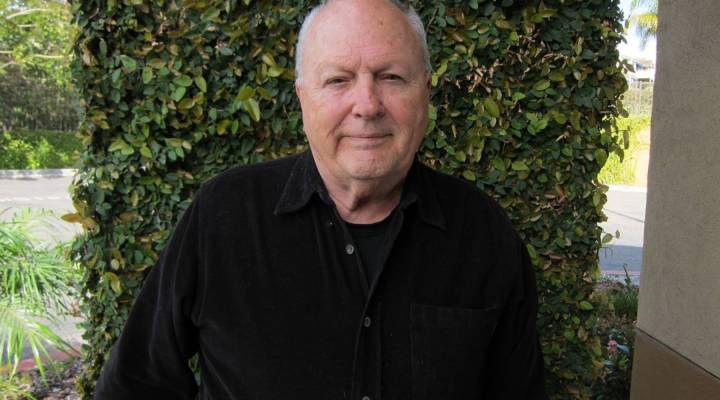 Ed note: After President Clinton signed a bill that “ended welfare as we know it” in 1996, major changes occurred in who could receive cash assistance and how states could spend their welfare money. We explore the uncertainties of welfare in the first season of  The Uncertain Hour podcast.  Along the way, we met a lot of people who changed, or were changed by, welfare.

Meet Larry Townsend, the former director of the Riverside County Department of Public Social Services. Back in the 1990s, he ran the pilot program that ended up influencing national welfare reform, earning Larry the nickname the “magic bureaucrat.”

He’s 79 years old,  lives in a beach town on the Central Coast of California, and he loves work. He drives a green Cadillac Seville with a brass frame around the license plate that reads: “Life works if you work.” He has a binder full of work slogans, organized alphabetically. And he was the man behind this album of motivational songs about work.

Larry oversaw Riverside’s GAIN program, short for Greater Avenues for Independence. The approach was simple: Get people into jobs as soon as possible. The program he created ended up having a major impact on welfare programs—and welfare recipients—across the country.

Hear more about how Larry changed welfare in episode one of The Uncertain Hour: