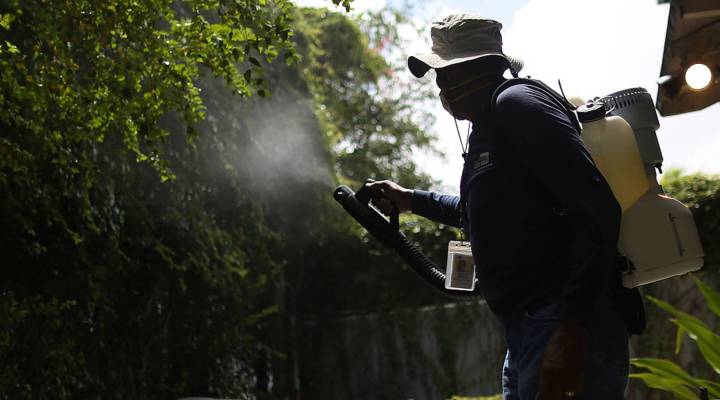 The Obama administration is scrounging for change under the cushions to help in the fight against Zika.

Congress is in its August recess and didn’t get around to approving Zika funding before it left.

So now the Department of Health and Human Services is pulling a little cash here, a little cash there — $34 million from programs to research cancer and diabetes, even money from a fund that helps poor people buy heating fuel in the winter.

Altogether the administration has scraped together about $81 million, which might sound like a lot, but is really pocket-change when the goal is developing a vaccine for Zika.

The National Institutes of Health is getting almost half that.

“I’m going to be $34 million better off than I was yesterday,” said Dr. Anthony Fauci, who oversees infectious disease research at NIH.

Fauci said funds will be ploughed into clinics from Brazil to Florida to set up operations and test an NIH home-brewed vaccine.

“We have to hire nurses, get the materials there, start enrolling the individuals so as soon as the beginning of 2017 comes, we can hit the ground running,” he said.

Fauci’s in a hurry because there are more than 7,000 Zika cases reported already in the U.S. — most in Puerto Rico.

Dr. Richard Hatchett, from the Biomedical Advanced Research and Development Authority, the agency that works with the firms, said five companies will split more than $120 million.

“To succeed, to make sure you end up with a vaccine that is licensed by FDA, you’ve got to take a lot of shots on goal,” he said.

Researchers think there’s a reasonable chance they’ll get at least one ball in.

Dr. Dan Barouch at Beth Israel Deaconess Medical Center in Boston has teamed up with the Walter Reed Army Institute of Research.

“All these vaccines, in both mice and monkeys, provided complete protection against exposure.”

“The protection was striking.”

Here’s the problem – this money for this kind of work is only expected to last about six weeks.

So the next question is whether the administration can get Congress to keep up the funding.