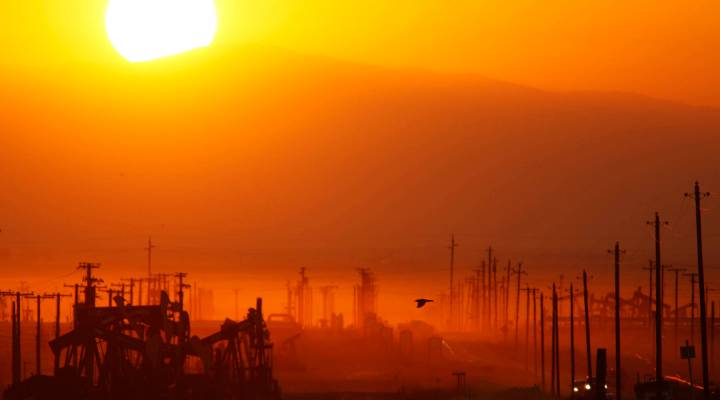 Modern hydraulic fracturing has brought a bounty of domestic oil plus natural gas that has put far dirtier coal on its knees. But is it safe?

In Colorado, concerned residents are trying to put two measures on the ballot for Election Day that would undercut the vast majority of oil and gas production in the state.

A key question here is whether fracking pollutes drinking water. The Environmental Protection Agency in Washington last year issued a draft study suggesting the risks were low. Now, the agency’s own science advisers are blasting that conclusion.

The draft study in question began with this press release: “Assessment shows hydraulic fracturing activities have not led to widespread, systemic impacts.” It made its way into newspaper headlines as oil and gas companies crowed.

Now that conclusion is being challenged by science advisers as confusing and not quantitative. The report does not define “widespread” or “systemic.”

“I think it’s a value statement that’s not based on the science,” EPA science advisory board member John Vena said at a recent meeting. He’s an epidemiologist at the Medical University of South Carolina and one of several board members to characterize the EPA topline conclusion as a “value statement.”

Vena suggested the EPA lacked sufficient data to make its blanket statement about fracking. Oil and gas companies withheld data from the study, which itself cited “insufficient pre- and post-fracturing data on the quality of drinking water resources.”

“I look at the sampling that was done in two states, 300 or some wells,” Vena said. “It’s very difficult for me to extrapolate that to the entire country.”

Environmental and science integrity groups have suspected politics hijacking science. The widely cited EPA press release from the draft study issued in June of 2015 was moved into the agency’s website archives within months of release. The agency is part of an administration that promotes natural gas as a lower-carbon alternative to coal.

“EPA was not clear where the science ended and where the political considerations began,” said Hugh MacMillan of the anti-fracking group Food & Water Watch.

The next step for the agency is to take its science advisers’ feedback and revise its fracking study. A final version is expected before the end of the 2016.

The question is where all this leaves the public, whipsawed by industry, which says fracking is absolutely safe, and environmental advocates arguing the opposite.

“Most of the time it’s done safely,” said Stanford earth scientist Rob Jackson, author of several studies on fracking and water. “It isn’t always done all safely. And people have a right to be concerned. We need to understand the relatively few cases but not the inconsequential cases of things getting into people’s water. We haven’t still learned enough about that.”