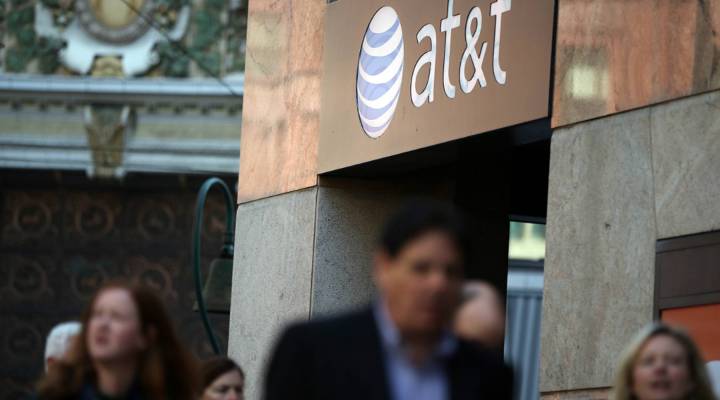 COPY
AT&T says that the 911 call-related claims about the company are "baseless." Justin Sullivan/Getty Images

AT&T says that the 911 call-related claims about the company are "baseless." Justin Sullivan/Getty Images
Listen Now

What exactly counts as a phone line nowadays? It’s a key question in a series of lawsuits brought by municipalities around the country against big telecom, adding up to what could be a $600 million shortfall for call centers nationwide.

“How do we differentiate a phone line sitting on someone’s desk?” asked Derek Kerton, chairman of the Telecom Council of Silicon Valley. “What about a phone number that works through a PC or a laptop? Is that also a phone line?”

“The new companies are taking advantage of the wiggle room, because the regulations were written in an antiquated age,” he said.

Even so, traditional carriers like AT&T and Verizon have to keep up. When you call 911, your call gets routed to an operator. He or she takes your information and gets it where it needs to go. States and counties require phone companies to collect a fee, typically about a dollar a line to fund this service.

“That’s how it’s supposed to work,” said Joshua Wolson, a partner with the law firm Dilworth Paxson LLP, and counsel on multiple lawsuits in which phone companies are being sued.

“What’s actually happening is that the phone companies do not collect, they don’t bill correctly,” he said. “The phone companies’ approach to this has been to say, well if there’s one pipe that comes into your office place, and that pipe carries 23 separate phone lines, you only have to pay one 911 fee.”

He continued, “and as a result, they end up shortchanging the government.”

A filing in Delaware County from the telecom company Windstream, which denies that it failed to comply with governing law:

Both AT&T and Verizon say they’re in compliance with regulations, and AT&T shared the following statement via email, “The claims are baseless, and by our count these lawsuits have been filed against more than 100 companies. After years of litigation in Tennessee, similar claims against us were dismissed for lack of evidence.”

Derek Kerton also noted in an email that, even when funds are properly collected, they’re not always spent as intended.

“Many 911 funds are treated by local governments as slush funds,” he wrote, “with the money being spent on items as ridiculous as boots for police officers.”