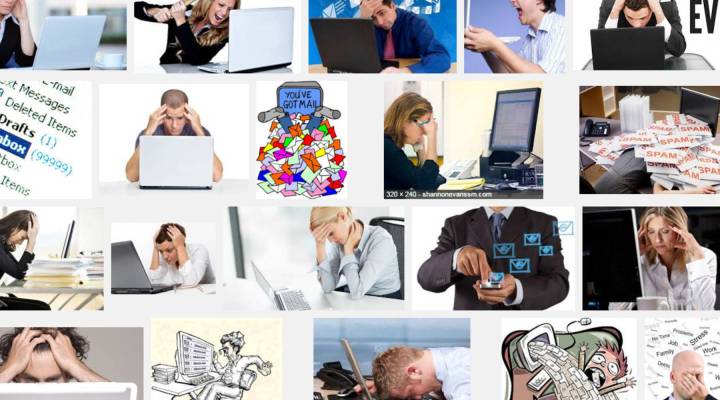 The latest big email hack, involving 20,000 emails from the Democratic National Committee, has Democrats in damage-control mode as their convention starts. There have been many, many others. And they all reinforce the notion that email just isn’t secure.

People have been saying for years that email is going to die, that one day people are just going to stop using it. That’s what people told Eva Galperin, global policy analyst at the Electronic Frontier Foundation.

“And that came as an enormous surprise to me,” she said, “because I’m pretty sure I get more email, especially work-related email, than ever.”

Email is alive and well, despite increased use of social media and other messaging platforms, she said.

“It’s very deeply ingrained in business culture right now, to have email lists and email threads and records of all conversations so that you go back and you know what has happened,” she said.

But people doing things they shouldn’t don’t necessarily want those records. Galperin said they will often seek out more private ways of messaging, like Signal and WhatsApp.

Or, if you’re in a sensitive business like Richard Anthony, head of equity derivatives for BGC Financial, you’ve learned to be really terse.

“I’m always, because of the industry that I’m in, I’m in a very highly regulated industry, so you must be extremely careful about anything that you say,” he said.

His company trains employees to keep it professional, stay on point.

But to many people, it doesn’t matter that email’s not secure, said Gloria Mark, who studies people’s use of technology at the University of California, Irvine. On average, people check email 74 times a day, she said.

“Similar to when you play a Las Vegas slot machine,” Mark said, “every so often, you’re going to win, right?”

So even if there’s a risk email could get you in trouble, she said, people want to hit that email jackpot, like hearing from a long lost friend.