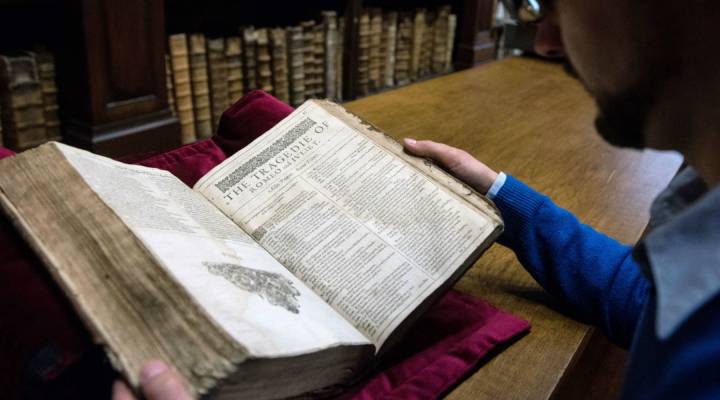 COPY
Shakespeare's First Folio, a collection of some of his plays dating from 1623. DENIS CHARLET/AFP/Getty Images
Brexit

Shakespeare's First Folio, a collection of some of his plays dating from 1623. DENIS CHARLET/AFP/Getty Images
Listen Now

Trying to do business internationally can feel like working on the Tower of Babel. But Andy Molinsky, a professor of international management and organizational behavior at Brandeis University’s International Business School, said there’s a common fix.

“If you’re in a café in Zurich with an Argentinian business person doing a deal with an Icelandic person, and then [with] someone from Ghana, they’re speaking in English,” said Molinsky, also the author of “Global Dexterity: How to Adapt Your Behavior Across Cultures without Losing Yourself in the Process.”

Every member country of the European Union picks one official tongue. The Bulgarians, Bulgarian. The French, French. And so on. But Great Britain is the only one to have selected English. Now the EU is warning if Britain goes, so too could the English language.

However, notes Molinsky, if the EU does nix English it could have some benefits.

“In some ways you could say it’s actually a fairer playing field. When the U.K. was in the EU, they were the native speakers of English and everyone else was a secondary speaker. Now if you eliminate Britain, English would be everyone’s second language,” he said.

But no matter what language you speak, the message behind the EU’s threat to get rid of English translates clearly, said Mauro Guillen, a Professor of International Management at the University of Pennsylvania’s Wharton School.

“There’s a lot of countries in Europe that are a little bit angry at the British government for having organized this referendum and having lost it,” he said. “This is another way of expressing their dissatisfaction.”

Robert Salomon thinks the threat to eliminate English from the EU is just semantics. He’s the author of “Global Vision: How Companies Can Overcome the Pitfalls of Globalization” and associate professor of management and organizations at NYU Stern.

“One thing is theory, the other is practice,” he said.  “Although in theory English might leave as an official language of the EU, in practice most diplomats, most politicians will continue to use English to communicate amongst themselves.” 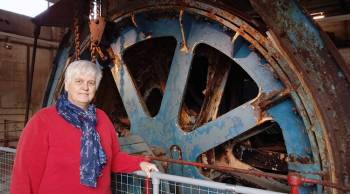