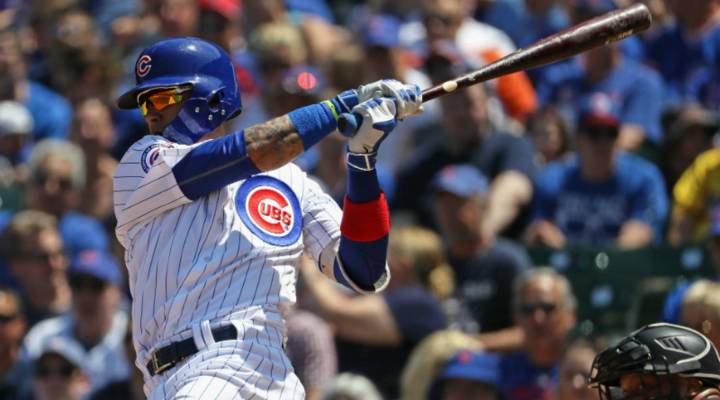 COPY
Javier Baez of the Chicago Cubs bats against the Arizona Diamondbacks at Wrigley Field on June 3, 2016, in Chicago. The Cubs defeated the Diamondbacks 6-0. Jonathan Daniel/Getty Images
The Price of Profits

Javier Baez of the Chicago Cubs bats against the Arizona Diamondbacks at Wrigley Field on June 3, 2016, in Chicago. The Cubs defeated the Diamondbacks 6-0. Jonathan Daniel/Getty Images
Listen Now

Even your casual baseball fan knows the Chicago Cubs are having a historic season — after more than a century without a World Series title.

What people may not know is that several decades ago, the ball club was subject to a defining lawsuit on how corporations are governed. Who has the power to make big strategic decisions: shareholders or directors?  We caught up with lawyer Bill Shlensky, who’s retired in Texas, to find out how the lawsuit played out.

In 1966, 20-something Shlensky got sick of seeing his Chicago Cubs lose. So he sued, since he owned a few shares of the team.

“My father gave them to me as as a gift,” Shlensky said. “It must have been before I was 4 or 5 years old.”

The Cubs had gone 58 years without a World Series title. Perhaps it was a curse. Or a bad manager. Or a bad business model.

Shlensky argued the Cubs didn’t make enough money because they played in the day when people were working. Wrigley Field then was the only big-league ballpark without lights. He specifically sued ball club directors.

“The directors have a responsibility for producing the most income for the shareholders,” Shlensky said.

Before the court, Shlensky said Cubs players struggled to adapt to night games on the road.

“When the cubs had a homestand of more than 10 games, all day games, the first game they played on the road they generally lost,” Shlensky said.

His side may be best represented by a limerick, written by Valparaiso University law professor and part-time poet Jeremy Telman:

As Wrigley explained to the court
Pro ball is a daytime sport
Next they’ll sell whiskey down at Comiskey
Where the teams out for profit cavort.

“Courts for the most part defer to the decisions of the board of directors and dismiss actions by shareholders,” Telman said.

“Institutional shareholders have more options. They can just threaten to sell their shares, and that can bring management to the table,” Telman said.

The Cubs got lights in 1988 — after threats by TV broadcasters among others — vindicating plaintiff Bill Shlensky and Telman. (He’s from Chicago, too.)

“If the Cubs win the World Series this year — which they almost certainly will — we should all drink a toast to Mr. Shlensky,” Telman said. “The Cubs wouldn’t have been viable economically if they didn’t start playing night games.”