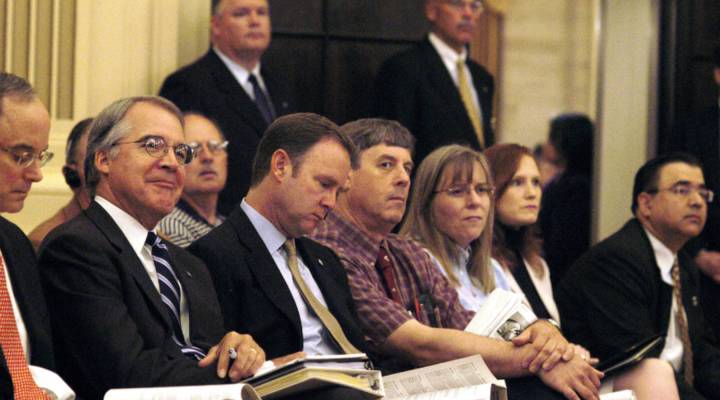 In our series “The Price of Profits,” we’re exploring corporations. What are they for? Who are they for? And how that impacts the economy and you.

One of the major ways corporations operate is through shareholder maximization, or the belief that corporations’ main goal is to increase the stock value for their shareholders. Lynn Stout is a distinguished professor of corporate and business law at Cornell Law School and the author of “The Shareholder Value Myth.” She spoke with Marketplace host Lizzie O’Leary about why that belief might be misplaced.

Corporations were created to make it possible for humanity to pursue very large, long-term projects. They started off creating universities and building cathedrals. Then they moved on to opening up continents and building railroads. Today we’ve got corporations designing self-driving cars and even looking into commercial space transport. These are really big, really long-term projects. That’s what corporations are supposed to do, and that doesn’t involve paying attention to what the share price is tomorrow as opposed to today.

Modern corporate law is really clear that boards of directors have the discretion to do anything they think is in the best, long-run interest of the company. And if you doubt me, you can just listen to Justice Alito in the recent Hobby Lobby decision, writing for the majority. Justice Alito says, and I quote, ‘While it is certainly true that a central objective of for-profit corporations is to make money, modern corporate law does not require for-profit corporations to pursue profit at the expense of everything else, and many do not do so.'” It’s absolutely clear that corporate law does not require directors to maximize profits or share price.

On how federal legal changes affected the business sector:

One is a change in the tax code in 1993 that requires companies to tie their executive pay to a so-called objective metric. What’s the most obvious objective metric? Share price. So it’s federal law as much as anything that is driving CEOs to focus on short-term share price increases instead of long-term sustainability and good corporate performance.

Click the audio player above to listen to the full interview. Check out priceofprofits.org to see the full coverage from our series.