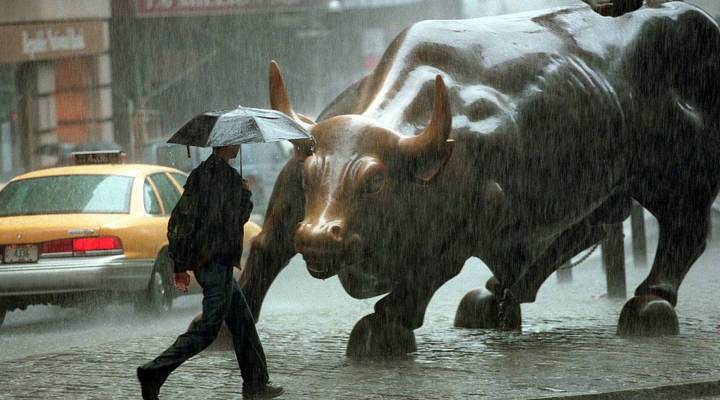 COPY
It's not looking like the 90s anymore. Big insurers like AIG and MetLife have said they're slashing their investments with hedge fund by between half and two thirds. DOUG KANTER/AFP/Getty Images

It's not looking like the 90s anymore. Big insurers like AIG and MetLife have said they're slashing their investments with hedge fund by between half and two thirds. DOUG KANTER/AFP/Getty Images
Listen Now

Once upon a time, hedge funds were great.

“In the 1990s, hedge fund investors made a lot of money,” said Simon Lack, managing partner of SL Advisors and author of “The Hedge Fund Mirage.”

Particularly, Lack said, “between 2000 and 2002, when we had the dotcom bubble unravelling and a big fall in equities, hedge funds did a great job — they hedged, they preserved capital, they added value. And that attracted the attention of a lot of institutional investors.”

And then one day, people realized hedge funds weren’t great.

“Their performance as a whole has lagged the S&P for six or seven years,” said Roger Lowenstein, author of “America’s Bank.”

“There are now 10,000 hedge funds,” said Lowenstein. “Way more than logic, common sense or experience now over many years suggests are that talented.”

So there aren’t 10,000 Stephen Hawking-level geniuses out there all beating the market. On top of that, hedge funds now manage $3 trillion, and it’s a bit hard for all that money in all those funds to find the few slam dunk deals in the market according to Lack.

“Early years that people recall on hedge funds putting up 20, 30, 40 percent returns back in the late 80s, the 90s, it was a much smaller industry, there were greater inefficiencies in markets and there was a lot less capital in markets,” explained Ray Nolte, co-managing partner of SkyBridge Capital, which invests in many hedge funds.

“Markets are becoming more difficult to traverse, and you’ve seen some of the weaker hands fold up shop and leave the industry,” said Nolte, adding that this was probably a good thing. Hedge funds still have the potential to deliver promising returns within the context of a diversified portfolio.

“I think what you’re seeing is a move to a more mature industry,” he said, “where return expectations need to come down.”