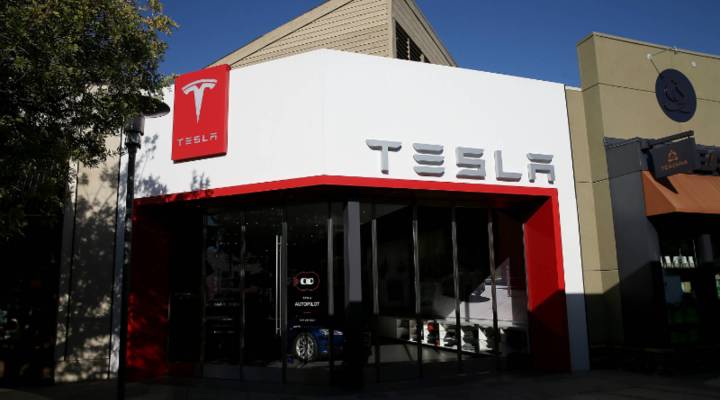 Electric car company Tesla is gearing up to report its first-quarter results on Wednesday.

Tesla announced its newest model, the 3, just a month ago. The car can hold five passengers and go from zero to 60 mph  in six seconds. About 400,000 consumers have already signed up to reserve a car. That number may sound impressive, but David Whiston, an equity strategist with Morningstar, said to be careful not to confuse new for successful.

“Generally anything that’s new about Tesla, people get excited about,” he said.

Whiston notes that last year Tesla only sold a little over 50,000 cars worldwide.

“Compare that to GM or Toyota or Volkswagen, who each sell 10 million units a year,” he said.

The company still has a ways to go before it takes over the automotive world. The Model 3 won’t be ready until next year, and banking on plans for the future can be tough.

“You have to be concerned about how profitable the Model 3 is going to be,” said Colin Langan, U.S. autos analyst with UBS. “What’s going to happen in the period as you’re waiting for the Model 3,” he said.

The Model 3 is a lot less fancy than Tesla’s current offerings, like the X, but it’s also a whole lot cheaper, so consumers could decide to wait.

“The stock is all about paying for potential,” Whiston said.

Investors excited about Tesla, and who are buying now, are betting on the future rather than immediate profit.