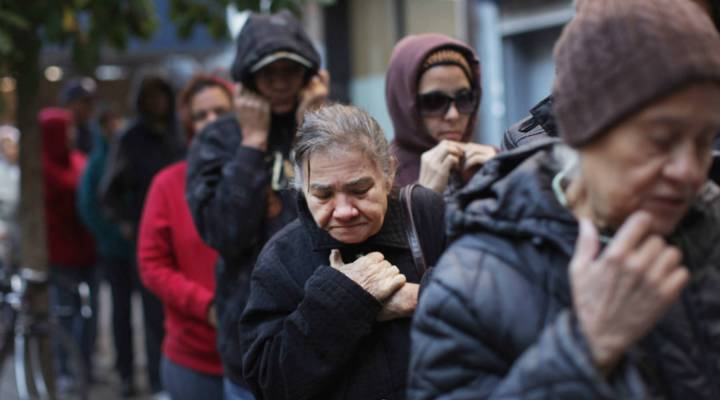 COPY
There are not only life expectancy disparities between the rich and the poor, but the poor and the poor. Spencer Platt/Getty Images

There are not only life expectancy disparities between the rich and the poor, but the poor and the poor. Spencer Platt/Getty Images
Listen Now

The gap in life expectancy between the richest 1 percent and the poorest 1 percent is 15 years for men and 10 years for women, according to a new study from the Journal of the American Medical Association. And that gap is widening.

Over the last 15 years, life expectancy grew for the top 5 percent of earners by as much as three years, while it barely budged for the bottom 5 percent.

“In New York or San Francisco you are living something like 5 to 6 years longer than comparable people in Indiana or Oklahoma,” said Raj Chetty, an economist at Stanford and lead author of the paper.

For decades, researchers have thought employment, pollution and access to health care have been the prime drivers behind the disparity in mortality rates among low-income citizens.

Harvard economist David Cutler, a co-author, says this paper shows those factors are less important than individual behaviors like “smoking, drinking, obesity and overdoses of drugs.”

The paper found the lowest rates of life expectancy stretch from West Virginia through southern Ohio, dipping south to Oklahoma and Texas.

The underlying research is available to the public – with the hope that others will ask: why are health behaviors among the poor so much better in some places than others?

Cutler said every last dollar you make – or don’t – matters.

“You might have said, ‘Gee, there’s some upper income at which money can’t buy you more.’ So therefore there must be some limit. We don’t find one,” he said.

Simply, that means the person earning $6 million a year will live longer than her neighbor earning $5 million.

The same is true in the reverse, Cutler said.