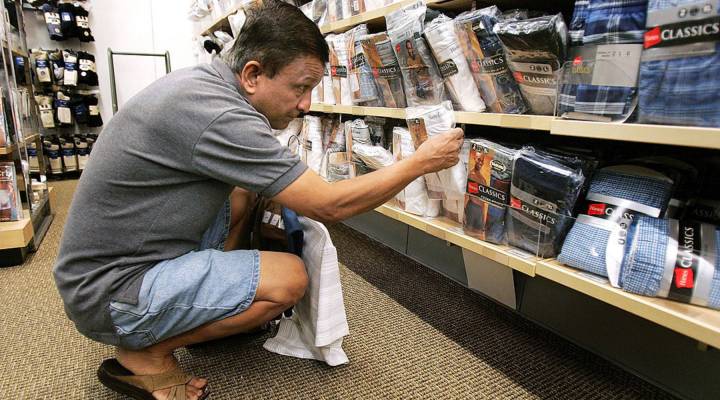 We talk a lot about different kinds of economic measurements at Marketplace, including CPI, the Consumer Price Index, and GDP, the Gross Domestic Product. But there’s another measurement you may not of heard of: MUI, the Men’s Underwear Index.

Although it’s not measured by the government, it is championed by Alan Greenspan, the former chair of the U.S. Federal Reserve. The idea is that men only buy underwear when they feel pretty good about the economy and that when they start buying, it means the beginning of an economic recovery.

Quartz reports that the sale of boxers, briefs and boxer briefs is up $1.1 billion since 2009, which means maybe the economy is doing better than we thought.