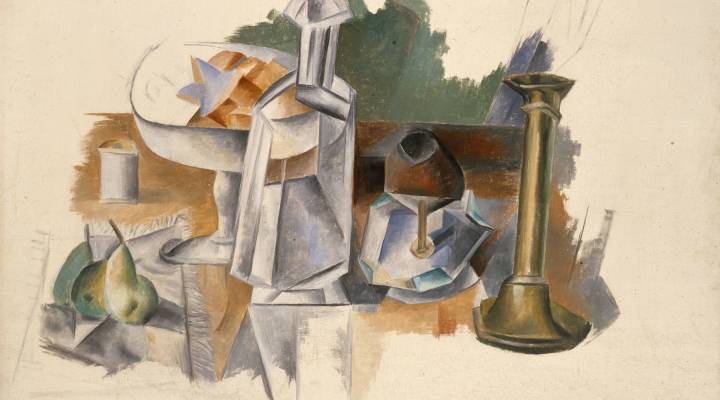 COPY
The artwork "Carafe and Candlestick" from Pablo Picasso, which will be in the Metropolitan Museum of Art's "Unfinished: Thoughts Left Visible" exhibition. © 2015 Estate of Pablo Picasso / Artists Rights Society (ARS), New York

Instagram has beautiful photos.  The Metropolitan Museum of Art has beautiful paintings.  To Sree Sreenivasan, it seems only natural that the two should meet.

Sreenivasan is the first Chief Digital Officer for the Met.  It’s not the first time he’s held the position for an older institution—he had the same job at Columbia.  But it’s one that Sreenivasan believes won’t be around forever.

“At one time there was a chief telephone officer, and then the telephone became easy enough for everyone to learn,” said Sreenivasan.  “There’s still someone at the institutions in charge of telephones, but they’re not in the C-suite.”

As part of his efforts, Sreenivasan has created the hashtag #emptyMet, where people receive tours of the building outside regular hours, and are encouraged to post prolifically about what they see.  Sreenivasan is also generally willing to put himself out there — he filmed the interview he did with us at South by Southwest, and streamed it live to his Facebook page.

The Met is planning to open its new space for contemporary art, the Met Breuer, on Friday.  As it does so, we wondered:  isn’t there something to be said for going to a museum…and just taking time to reflect and look at the pictures…not the pictures you take of them?

Sreenivasan says it’s all part of the experience. “Our director Tom Campbell has said we have three physical locations…and we have a fourth space, the digital Met.  And he is asking: can we be treating all four venues of equal value?  That’s a big leap for an organization that thrives on people physically coming in the door,” he said.

6.3 million people did walk in the door in fiscal year 2015 —the most ever for the museum. In terms of the digital door, it has 1.1 million followers on Twitter and 1.6 million on Facebook.  So, it looks like the physical Met is still ahead of the digital Met—for the time being, at least.