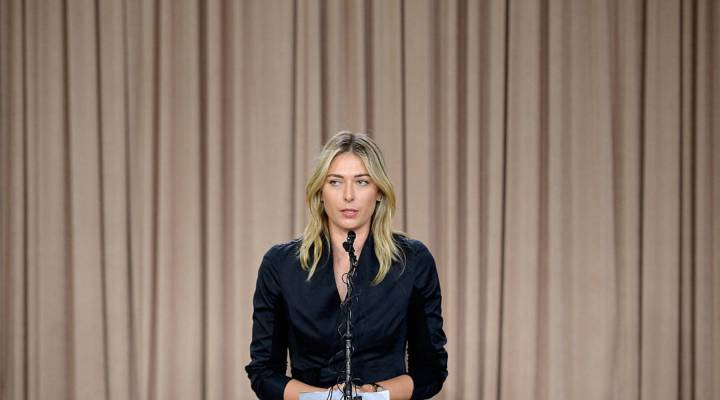 Sharapova announced this afternoon she tested positive for a banned substance at the Australian Open.

Something called Mildronate, a heart medication which it turns out Sharapova had been taking since 2006. The World Anti-Doping Agency put the drug on its banned list January 1st this year.

Sharapova said she got the email, which had a link to the new list of banned substances, but she didn’t click on it.

Two things: Aren’t the IT experts always saying not to click on links in emails?

Also, she owned it. Took full responsibility for the mistake.