There are people living and working in the United States who are forced to work or to sell their bodies for someone else’s profit.

It can be difficult to help the victims of human trafficking — they’re hard to find.

But one place a lot of them show up is in a health care setting.

As many as 68 percent of people who are trafficked end up in a clinic, an ER or the doctor’s office at some point while being exploited.

In just the last two years, federal officials have begun funding efforts to train front-line providers to see signs of trafficking among their patients.

It’s slow going. There are 5,686 hospitals in the United States, and 60 of them have a plan in place if someone who is being trafficked walks through the door.

The Brigham and Women’s Hospital in Boston is one of them.

A few months back, nurse Nina Ribeiro thought her shift in the emergency department was winding down.

Nina Ribeiro, a nurse at the Brigham and Women’s Hospital in Boston.

“I had just taken a patient up to the ICU. There’s my lady screaming, it was a typical emergency department night,” she said.

Then a young woman, Deborah – we’re not using her real name to protect patient safety – walked in with her mother. She wanted to detox from heroin and said she’d been raped.

“She was Caucasian, well-dressed, clean, blonde. I remember thinking, oh my goodness what a ‘normal’ family,” Ribeiro said.

“Her mom was sitting here and I said, ‘Hi, nice to meet you. You must be her mom. I’m sorry we met under these circumstances.’ And as soon as I said that, I remember very clearly her mom crying.”

Ribeiro sensed something didn’t line up. She’d treated plenty of well-heeled young women who had been raped, but few who also were involved with heroin. The Brigham’s trafficking protocols ask staff to tune into red flags, any intuition, aware that anyone can be trafficked.

In her one hour trafficking training, Ribeiro had been told to ask open-ended question to help build rapport.

“I remember holding her hand and saying, ‘Nice to meet you, I’m sorry I met you here. Can you tell me in your own words what happened?’” she recalled.

Deborah told her a few weeks back she had started hanging out with a couple.  Then the man took her to a hotel. Deborah told Ribeiro she had sex with 200 men, compensated in heroin.

“This young, beautiful girl, who could’ve been anyone’s daughter, was truly forced to sell her body to more men than you can ever gauge,” said Ribeiro. “Then finally the tears came out. And I just remember having tears in my eyes and thinking, ‘My dear god, does this really happen in this area?’”

Ribeiro brought Deborah a stockpile — plan B pills, preventions for STDs, and Ativan for withdrawal.

“I gave her a hug and I told her, ‘I’m very sorry that this happened to you,’” she said.

Ribeiro checked Deborah in for the night and told her the next morning she’d see Dr. Hanni Stoklosa, one of the nation’s leading experts on health care and trafficking.

“She had been in the emergency department for over 12 hours at the point I met her,” Stoklosa said.

The doctor told Deborah that staff psychiatrists had spent the morning looking to land Deborah in a program for substance abuse and counseling. As the day stretched on, the Brigham staff kept striking out, no one had any room.  Then Stoklosa heard Deborah had eloped – the term they use for walking out.

“There’s no world where that should be the case,” Stoklosa said. “She still has her drug addiction she’s going to need to get those drugs somehow.”

Even though the hospital failed to help Deborah, this still qualifies as a success story. The reality is that today, human trafficking victims with stories a lot like Deborah’s walk in and out of ERs around the country completely undetected.

The original room at Brigham and Women’s Hospital Deborah was treated in.

One study found just five percent of ER workers have ever been trained to deal with these patients and that 73 percent of ER doctors and nurses don’t even think their patients are affected by trafficking.

Stoklosa says most services for victims are short-term and poorly funded.

That makes it hard for doctors and nurses to interrupt cycles of violence and exploitation.

“If a victim of trafficking says, ‘Hey I want to get out of this situation. I want to get sober, leave my pimp,’ what do we have to offer?” she said.

“The short answer is very, very little,” Stoklosa said. “We’re in this position that where if we uncover that trafficking is going on, we need to have those resources in place that will match what they’ve been getting from their trafficker.”

Stoklosa says trafficking meets critical basic needs like food and shelter, and – as dysfunctional as it may be – a kind of emotional connection, at least for some victims.

She worries asking patients to relive these traumatic episodes without a social services fix puts these victims back in danger.

“On one hand it’s critical that we identify victims because there are very few opportunities they’ll have to get out of that situation. On the other, if we don’t have the resources there then we burn that bridge,” she said.

That’s one reason so few hospitals are investing in doing this work.

It makes little sense to identify human trafficking victims if it leads to little more than people sharing their heart wrenching stories.   Plus, no one can say for sure if it’s one in 100 patients being trafficked, one in 1,000 or one in 10,000.

And yet a handful of hospitals and doctors in Hawaii, New York, Texas and Massachusetts have stepped up, opening free clinics for victims of trafficking.

“I think all of us in the health care right now, I would say that this is a reasonable kind of charitable contribution back to the communities in which we live,” said Ann Prestipino, an executive at Massachusetts General Hospital.

Prestipino supports the hospital’s new Freedom Clinic, designed for trafficking victims, just across town from the Brigham, where Deborah got her care.

And while MGH believes this is a blueprint other hospitals could follow to help deliver primary care and connect victims to outside resources, these clinics run on grants and other soft money. That leaves them vulnerable – the first trafficking clinic opened in L.A. to only close after funding dried up.

Prestipino understands how limited health care’s response has been so far, how people like Deborah walk out the door.

But what’s happening, slowly, she says, is understanding that Deborah is real – not some urban legend. She remembers when domestic violence was as subterranean as trafficking is today.

“We all know the stories of the battered wife who finally has the courage to escape with her children, and that’s where it has to start,” she said. “We just have finally brought recognition that this kind of problem exists.”

What hospitals and doctors are doing, she says, is diagnosing patients as victims of human trafficking. 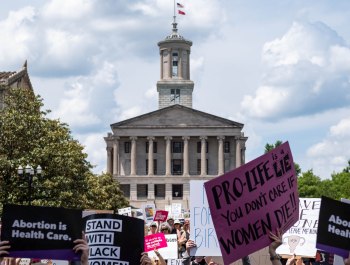