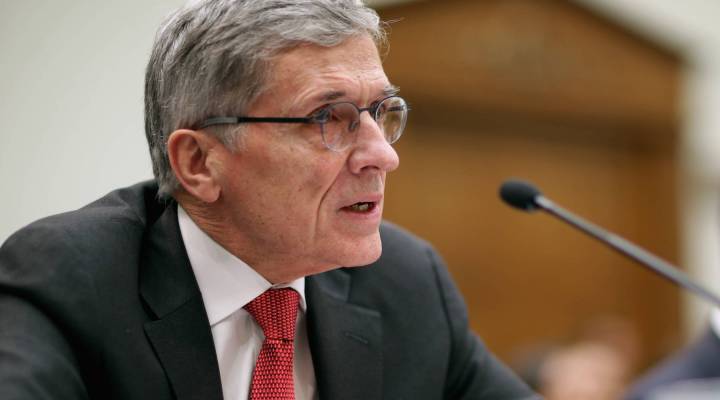 Thinking outside the box, or opening Pandora’s?

The Federal Communications Commission proposed a new technology mandate to “unlock” the set-top box. This is the device that consumer’s rent from companies such as Comcast to view their cable television. The proposal would allow consumers to watch TV channels on devices made by third-party developers, which would bypass the need to rent the cable company’s set-top box.

“The cable operators are paid for the product that they deliver on a monthly basis for consumers,” said Tom Wheeler, chairman of the Federal Communications Commission. “The question is: should the consumer also have to pay for a box that qualifies them to pay for the content, or should they have a choice in that?”

The set-top box currently adds $230 per year on consumers’ cable bills. Wheeler says that freeing the set-top box from the hold of cable companies would spark innovation and lower costs. He says the set-top box issue is analogous to “the old days” when AT&T forced consumers to rent telephones from them, and that after the FCC opened telephones up to third parties, it also opened the door to greater choices.

Cable companies argue that not only would it be unfair for new companies to reap the benefits of technology and infrastructure that they built, but that it would also have a negative effect on consumers.

“The proposal, like prior federal government technology mandates, would impose costs on consumers, adversely impact the creation of high-quality content, and chill innovation,” Mark Hess, senior vice president of digital cable at Comcast, said in a press release. “Content security would weaken, and consumer protections such as privacy would erode.”

The proposal is up for a vote in 10 days.