They want to know if tackling non-medical problems like homelessness and domestic violence could improve care and lower health spending.

That’s why doctors and hospitals from Portland, Oregon to Camden, New Jersey to Dallas, Texas are testing ways to treat very sick, very expensive patients by meeting their social needs.

The hope is that someone strikes rare healthcare gold – a way to improve health and save money.

“Right now we have many, many organizations trying many, many different things,” said Dr. Darshak Sanghavi, the Director of Preventive and Population Health Care at the Centers for Medicare and Medicaid Services.

Over the next five years CMS will spend $157 million to study the impact of screening, referring and organizing care based around conditions like food insecurity, social isolation and unemployment.

Harvard economist Amitabh Chandra is all for more data collection, but said that money could be better spent.

Instead, Chandra says the federal government should step up funding for community health centers and hospitals that serve low-income communities.

Interventions, he says, that we know improve health and are cost-effective. 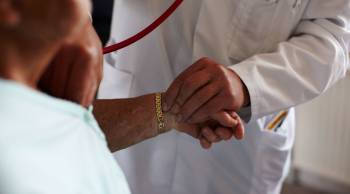