U.S. Bank owns the naming rights to the Vikings football stadium under construction in Minneapolis. But competitor bank Wells Fargo has two new buildings near the U.S. Bank stadium. And the Vikings say that the mounted, illuminated rooftop signs Wells Fargo is installing will “permanently photo bomb” the U.S. Bank Stadium’s image.

The Vikings are suing Wells Fargo. At issue is “ambush marketing,” which experts say other stadiums and arenas have also had to deal with. 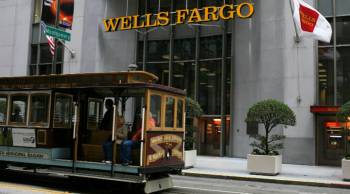