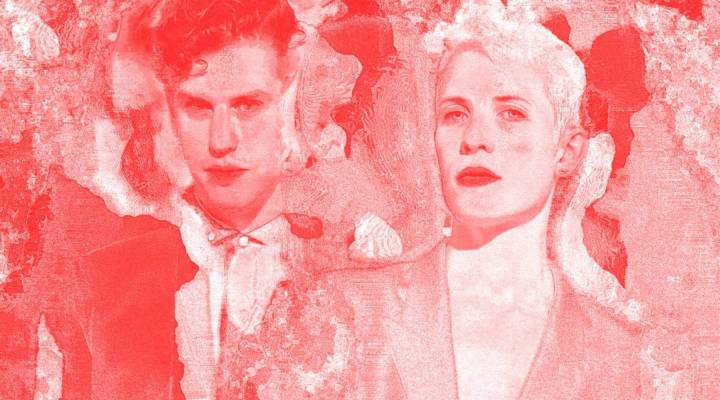 You might have heard of the “Proust Questionnaire.” It’s a set of questions about values and dreams improperly attributed to French writer Marcel Proust. (He actually answered it a few times, but didn’t write it.) We came up with our own version about money, because what we spend our money on and why usually reveals more about our personalities than we’d imagine.

Jona Bechtolt and Claire Evans from the Los Angeles-based band YACHT released their latest album, “I Thought the Future Would Be Cooler,” recently and stopped by the Marketplace’s headquarters in downtown LA to fill it out.

Bechtolt: Super early on. When I was in 5th grade, my girlfriend at the time gave me a Nirvana cassingle as a Valentine’s Day present. And I was like, “Oh yeah! I want girlfriends to give their boyfriends cassingles of my band that costs money.”

Evans: When it started playing the bills.

Evans: That is such a good answer.

Evans: It’s possible that you bought me this, but that really difficult puzzle with no image that’s all silver and you only can do the puzzle by just shape alone.

If money was no object, what’s the first thing you would spend it on?

What is something everyone should own, no matter the cost?

What was your first, ideally paying, job?

Bechtolt: I was going to say, did you grow up in Portland?

Bechtolt: Feeling that I’m better at everyone else’s jobs.

Bechtolt: No, I don’t, I don’t. I don’t! It’s just that that’s an obvious answer, and it feels too good to say it just because it’s fun.

Bechtolt: I have a cool jelly band for it, it’s awesome.

Evans: I know you wish that you had waited for the second generation.

What is something everybody should own, no matter what the cost?

What was your first, ideally paying, job?

Bechtolt: My first job was at my parent’s gas station/convenience store sorting the candy aisle. And that’s why I have so many fillings and crowns and terrible teeth.