Every week, we have someone tell us their story about money. This week, Los Angeles-based storyteller Brian Finkelstein tells us about a time when the bubble bursts.

The first time I made a lot of money, I was in my twenties and I was broke. I was that broke in your twenties where you have sleep for dinner. You know that feeling where it’s like, “Oh, it’s 8 o’clock and I’m just gonna go to bed because I have no money.”

And that’s the way I lived my life. I was living in Brooklyn. And I moved there because it was an arts scene. I didn’t paint or have any sort of artistic desires, but I wanted to be part of that community, so I moved there. And I was living in Williamsburg and I just would go to different jobs all the time. Make a few dollars an hour then leave. And then go on to the next one.

And I got a job at this place Kiehl’s, which is a skin care store on the East Village in Manhattan. And I didn’t know what it was, I’m not the type of person who uses skin care. But I got a job as a door man. And that I could do. I went to Queens college, so I had enough education to say hello and goodbye. And I was doing that, I was making $8 an hour and after like 6 months, I quit.

[That night], I get a call at my house from this woman who owned Kiehl’s, and she told me to stay. She wanted me to train people on skin care. And I was like, “No, no. That’s not for me. I’m a schlubby white straight dude.” And I worked in a place with fabulous beautiful woman and gay men. They sold skin care. I couldn’t. no one would want to buy it from me. I was not a poster for a good living. And she was like, “but you represent a certain demographic that we don’t have and we want to keep you there. We really want you.”

And, so now I was making $8 an hour, I was living hand-to-mouth and she goes, “Well, we will pay you $90,000 a year to start , plus commissions. Which came to over $100,000 a year. She gave me her American Express black card to go shopping in SoHo, and buy myself “fabulous clothes,” her words. A gym membership to Equinox. And benefits including a 401K.

That was the first time in my life that I made a lot of money. And that just sort of changes the way you feel about things at that point … like, the art idea just went away. Like any sort of integrity I had was bought that night in that phone call for the rest of my life.

I worked at that job for seven years. And it was great. I got myself out of debt. I paid my friend’s rent. I was very sort of the guy in that group of artists that had money.

I lived in Williamsburg, and I worked in the East Village, and both places were still independent and mom-and-pop. Kiehl’s was this independent place that was owned since the 1800s by [one family]. But then one day we held this meeting, and [the owner] had told us that L’Oreal had bought it.

When L’Oreal bought it, they loved the brand of it, and they did everything they could to change it, because of course they were not going to pay people that much. They just fired all of us.

Slowly, as I looked around, Union Square was this beautiful place where there was very independent restaurants and stuff.  But the L’Oreal-ization of New York happened. There was two Starbucks, a Toys R’ Us, a Barnes and Noble, a Virgin Megastore, it just happened overnight where it was all over.

So, I just spent all the money I had over the next five years pursuing a job as a comedian and a writer and I started doing a lot of shows and then eventually moved to Los Angeles. 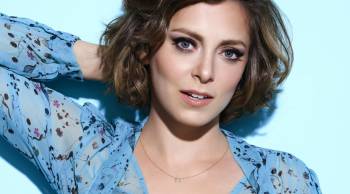