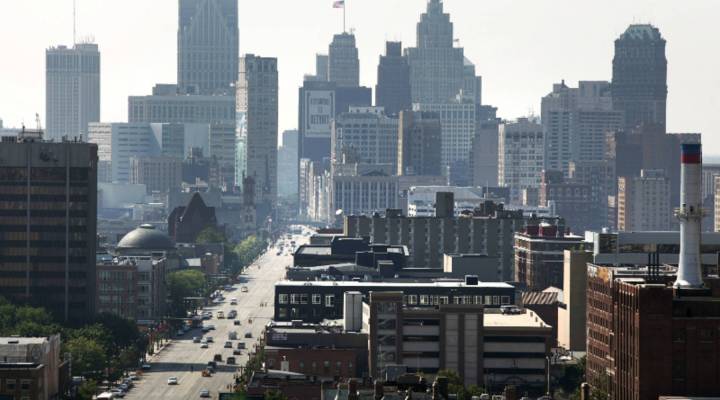 American Futures from Detroit to Fresno

American Futures from Detroit to Fresno

For the past couple of years, Jim Fallows and his wife Deb Fallows have been touring the country by plane. They’ve been stopping in small towns and a few bigger cities to learn how people are coming together as a community to grow. It’s for a project called American Futures, a collaboration between Marketplace and The Atlantic.

Most of the places that we have been visiting together, that my wife Deb and I have been seeing, have been smaller cities. Detroit was a very big city. It’s now becoming a smaller one, but in a way it’s an interesting extreme case of what you see in a lot of cities as they’re finding their way forward. Detroit is extreme because of the size, because of the racial history and because of what’s happened with the auto industry. And also, I hadn’t realized is the unusual settlement pattern here. It is fascinating to me how the narrative has shifted to one we’re hearing in a lot of other places too, which is finding ways ahead. The downtown restoration, the manufacturing startups and all the rest. So even Detroit is having this, “let’s find our way forward” picture we’ve seen in a lot of other places.

Jim Fallows on how Fresno is changing:

Fresno was fascinating to us in that Californians like to look down on Fresno, and they’re aware of that. And they’ve had some big problems, especially with the devastation of their downtown over the last forty or fifty years by suburban sprawl. Even in Fresno, you have an ambitious liberal Republican mayor, Ashley Swearengin, who’s worked with the businesses, worked with urban planners to try to attract tech companies back there. You have people in their 20s and 30s saying ‘We can’t afford to have an art studio in Los Angeles, but in Fresno because rent is so cheap, we can have our bohemian center and all the rest.’  So Fresno, I think is very much on an up slope. It even has craft breweries downtown…the mark of greatness (laughter).

Jim Fallows on the conservation efforts in the Great Plains area:

We saw a fascinating place, the American Prairie Reserve in North Central Montana. It’s a huge place the same scale as the Serengeti in Africa. Their ambition is like the Serengeti, to restore it to the original, the pre-Lewis and Clark flora and fauna. The fauna including bison and elk and everything else, and to do that in sort of a market savvy way where they’re paying ranchers to raise their cattle in a way that will permit the bison come in and the wolves and all the rest and the grizzly bears. It’s a fascinating place with a long term 15-20 year vision. The way that they’re trying to combine technology and lots of other things, aviation too to have their re-birth.

Deb Fallows on public library support being her biggest surprise:

Sometimes they have the support. Sometimes they do it by philanthropy and curiously, in a number of these towns, even though these towns are suffering terribly and have had huge cutbacks in funding, people are voting bond issues to keep their libraries going so somehow the word is getting out there that ‘we love our library, we need our library and we’re going to support it even if we can’t support anything else.’