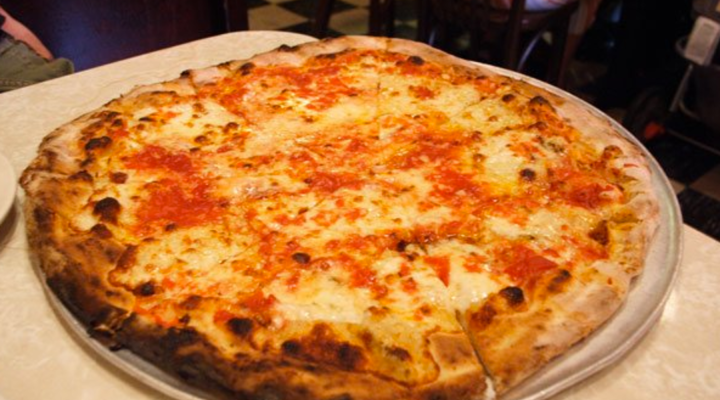 Man eats way through NYC, one pizza slice at a time

COPY
Urban Outfitters is getting into the pizza business. Pnickell0/Wikimedia Commons
Shelf Life

Man eats way through NYC, one pizza slice at a time

Urban Outfitters is getting into the pizza business. Pnickell0/Wikimedia Commons
Listen Now

In Colin Atrophy Hagendorf‘s memoir “Slice Harvester,” he makes his way around New York City in pursuit of the best slice of pizza. “It’s just ’cause no one had done it,” Hagendorf says. He says a good slice of pizza isn’t about any one ingredient in particular.

When you take that first bite, you’re not gonna notice any particular stand out ingredient, right? There’s not gonna be any star of the show. You’re gonna bite into that pizza and all you can experience is the collective efforts of every ingredient working in unison to create, you know, a magnificent worker utopia in your mouth.

One of Hagendorf’s all-time favorite stops on his pizza quest was a place called Pizza Suprema, run by Joe Riggio and founded by Riggio’s dad, Sal.

In a weird twist of cosmic pizza fate, the slice he chose as his favorite had a childhood connection.

Over 400 slices later, is he taking a pizza break? Not quite.

“I eat pizza all the time. I love pizza,” he says.